For the admission of a dozen latkes, chanteuse Amy Sky can enter her family’s Hanukkah celebrations.

The potato pancakes have become a benchmark for the Sky kin for years, and when there are six siblings and parents celebrating the Festival of Lights, plenty of tummies need filling.

“There are so many of us, so for one person to make latkes for 40 people, they’d be frying all day long,” she says. “Since it’s the traditional treat, we all bring a dozen when we come.”

Blending batter, potatoes and onions together means a whole lot more for Sky these days, now that her and her husband have mixed their Jewish and Christian heritage together.

“Because my husband actually grew up where his mother was not Jewish but his father was, he celebrates Christmas and Hanukkah,” she says. “So when my kids were little we also did the same.”

Her daughter, now 19, and son, 16, celebrated the traditional eight nights, and would always have a Christmas morning brunch while opening up gifts.

“When they’re little it’s too hard to explain to them why the rest of the world has Christmas and you don’t, so we always had the mixed traditions,” she says. “There’s nothing like the excitement of children on Christmas morning, unwrapping presents, being in your pajamas and the children excited about what they bought you.”

With the kids entering the twilight of their teen years, the Christmas gift exchange is not as prevalent, but Sky admits she likes to turn the clock back every so often.

“We have lots of video and it’s really fun now to look back on those videos of when they were little and their excitement,” she says. “You know, leaving the plate of cookies out for Santa, and we’d always leave carrots out for the reindeer too.

“We’d come down and chew them up so they’d look good and snacked on.”

Her holiday celebrations have are illuminated in her Christmas CD, The Lights of December.

“(It) is both Christmas songs and secular kind of Hanukkah songs about lights, candles, hope and optimism, which is really what Hanukkah as a holiday is all about.”

Church musicians get out of town after work 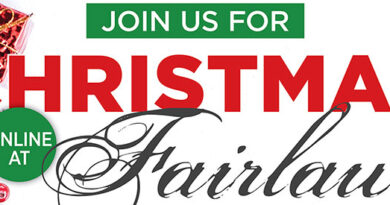