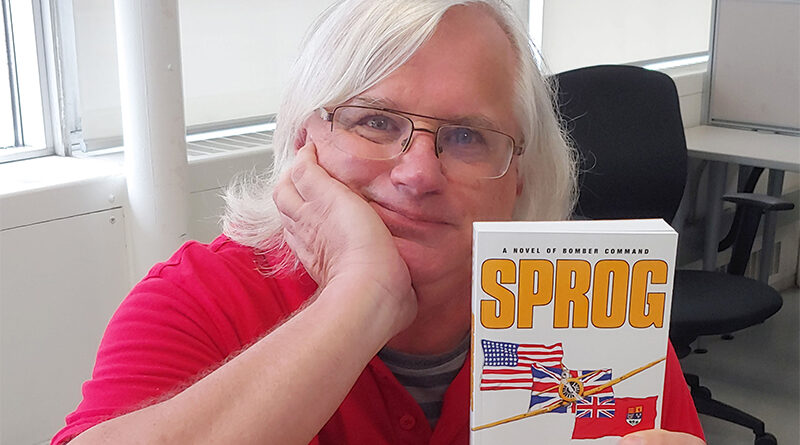 Journalist and Centennial College professor Malcolm Kelly had the overwhelming need to know exactly everything he could about life for young men enlisting in the Royal Canadian Air Force during World War II.

Everything he could do without a DeLorean, mind you.

The 62-year-old opened up in a recent Zoom conversation about his 15-year adventure writing his debut novel Sprog, which was released June 22 by Centennial College Press.

The first book of a series began when he was editing at the Town Crier (the forerunner of Streeter) in 2006. He rode the Bloor subway and Dufferin bus to work, writing the first half of Sprog with pen on paper along the way.

But he was happy to switch to digital after so much manual work.

“It slowed me down. By slowing myself down, it really allowed me to think my way through what was really happening,” said the Victoria Village resident who was raised and lived much of his life in East York. “It was after Chapter 4 that I was finally able to get on to the computer because by then, I had a grasp of what was going on.” 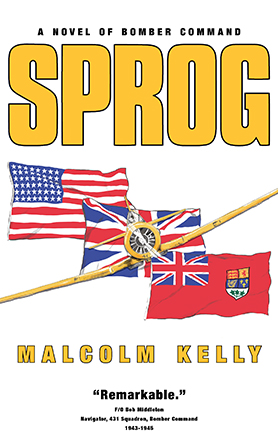 Sprog, whose title means a baby or newcomer to the Royal Air Force’s bomber command, follows the lives of five young cadets from across North America, as they train with the Royal Canadian Air Force to fight the Nazis overseas.

But really, the story focuses on the lives and the language of those five young men. Kelly wanted to capture their lingo, their favourite movies, favourite music.

“We tend to say we’ll never forget their sacrifice, but sometimes we forget who they were, that they were just like the kids of today,” he said. “They had their own way of speaking. They had had something that sounds like code when you’re an old person.”

Kelly chuckles when mentioning they were just kids that went to concerts. Concerts in the 1940s entailed listening to Artie Shaw’s big band numbers. Kelly said he kept it as faithful to history as possible, just like his influence novelist W.E.B. Griffin.

The Sprog feedback that Kelly is most proud of — written on the back of the book — comes from 90-year-old Bob Middleton, a navigator for the 431 Iroquois Squadron. He flew 33 operations.

“He read the whole thing for me, and he said, ‘It is remarkable that someone who did not live in that time had been able to recreate our lives as airmen in the Second World War in such detail,’” Kelly recalled. “He said [Sprog] reads like an autobiography, and I’m so proud of that. Humbled that somebody who went through it would say that.

Kelly finished writing the book in late 2019. His big challenge was finding a publisher to take the book. And — call it serendipitous — he learned that Centennial College Press was looking to expand the books that it published.

The press was right down the hall from Kelly’s office, so he sauntered in one day to say, “Hi! Publish my novel.”

Jeremy Lucyk and David Stover took the book on after asking what Sprog was about. Two weeks later, they were publishing it. The rest, much like the subject matter of the book, is history.

And that history is important for those living now to understand. Kelly wants the reader to understand what the heroes in his book went through both inside and outside of the war.

“When they finish Book One, I want the reader to understand more about the teenage boys and teenage girls of that era,” said Kelly who plans a series of novels.

“They were called the Greatest Generation because they had to be. If that war had never started, people would have known little about them.”

Sprog is available at Amazon and Kobo.

A lasting legacy for future generations 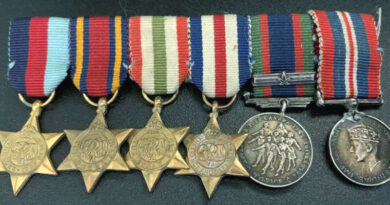