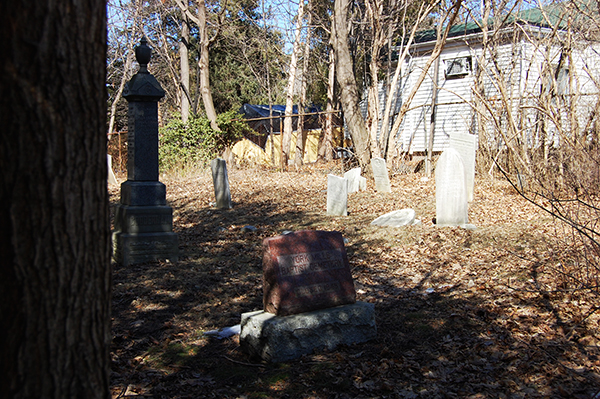 If you’ve ever walked along York Mills Road just east of Yonge, you may have stumbled upon a single lot-sized tract of land housing a couple dozen graves hidden behind a hedge and an old rusty fence.

A stone inside the fence declares it a burial ground of the York Mills Baptist Church, which closed in 1945 and was once known as the “Church of the Six Sisters” due to its tiny congregation.

The church was torn down in 1948, and a beam from York Mills Baptist Church was used to erect St. John’s York Mills Anglican Church.

According to City of Toronto documents, the church was often struggling with membership numbers as far back as the 1860s, when it had just six women as parishoners. The church was colloquially known as “The Church of the Six Sisters.”

The official address of the cemetery is 104 York Mills Rd., but the history extends to the properties immediately west and east, 102 and 106, respectively.

On the east side of the cemetery, at what is now 106 York Mills Rd. was the manse, which stands today. Built in 1840, it is on the city’s inventory of heritage properties.

This, according to a 1957 letter from George Gooderham, a descendant of one of the church’s ministers, Rev. Ezekiel Gooderham, was originally a cottage meant for the pastor. It has been renovated and is now a private home.

George Gooderham describes being a part of saving the cemetery in the late 1940s. There was also an effort to keep the church.

“There were a good many friends who wished well for this historical spot and its preservation,” he wrote. “But none could see any particular reason for leaving the church building, and this was demolished.”

Gooderham and his cousin went to the national Baptist organization at the time to ask for help in preserving the graveyard from development. Despite being told the church was not technically a Baptist Church because of some ordinances at the time, including “one which was not at any time recognized by the Baptists, that there should be two gallons of whiskey at the raising,” the cemetery was saved nonetheless.

Rev. Ezekiel Gooderham became pastor in 1849, serving for 15 years until poor health forced him to resign. He died Dec. 28, 1870 and is buried in the cemetery. 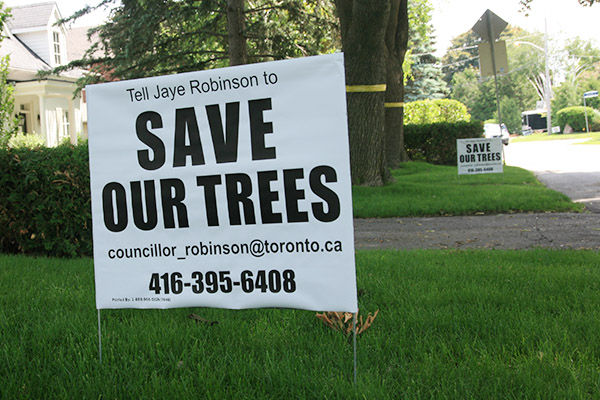 Yellow ribbon campaign to save trees gets city’s attention