A 43-year-old woman is facing four charges after police allege she hit a traffic cop with her car as he was investigating her for having two different licence plates.

A woman returned to the car and as the officer approached to ask her about the plates, she fled, hitting the officer and knocking him to the ground.

The woman was arrested at her home shortly afterward.

The officer was treated in hospital for soft-tissue injuries.

Christine Fisher is charged with assault with a weapon, using plates not authorized for a vehicle, and two counts of possession of property obtained by crime. 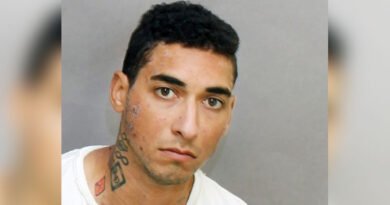