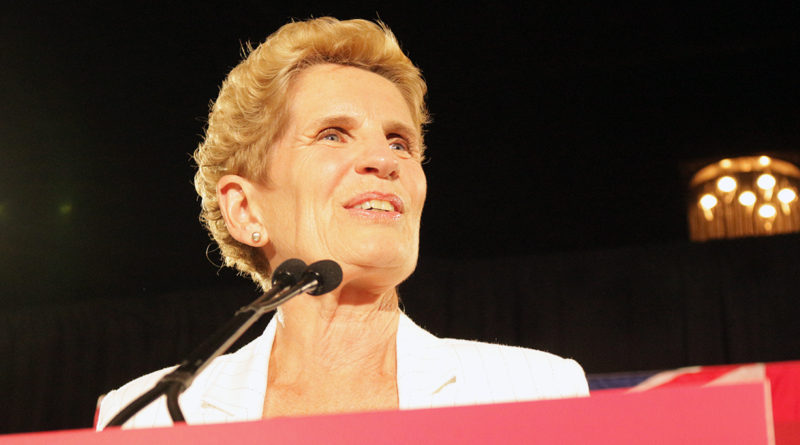 Kathleen Wynne choked up with gratitude before a small crowd that pleaded with her not to resign on election night.

“I’m not going to cry,” she said with a teary glaze in her eyes.

The outgoing Ontario premier made the announcement to supporters at the York Mills Gallery on Leslie Street, site of her election night party, that she is resigning as leader of the Liberal Party.

She had spoken to party officials, she said. “It is the right thing to do. There is another generation and I am passing the torch.”

Wynne barely held on to her riding of Don Valley West, winning by 181 votes during the provincial election on June 7.

Liberals won only seven seats, taking about 19 per cent of the popular vote across the province.

But Wynne was humble in her speech, acknowledging her victory at the local level, but revealing her departure from the helm. The Klieg lights highlighted the exhaustion in her campaign-weary visage.

“I know tonight is not the result that we were looking for and no one feels that more sharply than I do,” she said. “But this is not a moment for any of us to linger. We cannot stay here.

She ended her speech with a line from Elton John: “To quote that song, I’m still standing.”

Meanwhile at Amsterdam Brewery on Esandar Drive in Leaside, her closest adversary in Don Valley West was enjoying a water while chatting with his supporters.

Progressive Conservative Jon Kieran, who had been canvassing up until the afternoon, was still waiting for the results of two polls to come in before officially throwing in the towel, even though he gave a concession speech.

“My understanding is that there are one or two polls missing and the margin is around 40 votes,” he said. “When I gave my speech, there were 10 polls left and every media organization had me beat by 1,000 votes.”

He said he hoped the people of Ontario would adhere to the democratic process.

There was no trepidation in his voice when he replied to a question about what he wants to see from a Doug Ford government.

“What I heard time and time again was a plea for constructive change,” he said. “I have no question in my mind, based on the quality of the team he has around him, that he’ll be able to do that.”

New Democratic Party representative, Amara Possian, was calm over the phone as her party celebrated at McSorley’s on Bayview Avenue. The NDP finished third with 8,620 votes.

“As you can imagine, this was not the outcome we had hoped for, but we have a lot to be proud of,” she said. “I’m proud of the fact that we won a historic number of votes.”

Many of the stories she heard at the door were all about change.

“I’m a long-time community organizer and I know the real work starts now. We’re going to have to mobilize to build the kind of province that we want,” she said. 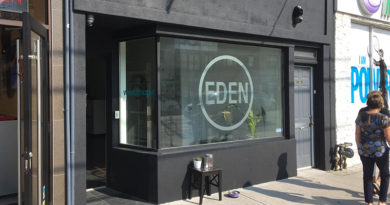