With her Liberal Party leadership convention win Don Valley West’s MPP Kathleen Wynne will be the next premier of Ontario.

“It’s quite a remarkable feeling,” Wynne said. “It’s hard to describe because it’s not something that I ever imagined I’d be doing but I’m thrilled to be here.

“I’m just getting use to the pace and some of the differences in this role as apposed to a minister.”

While Wynne will now represent the whole province she said those in her home riding will not be forgotten.

“They have supported me and worked with me and worked for me and I’ve been able to take a leadership role because of their support,” she said. “It will change our relationship to some extent because I have to spread myself now across the whole province but I will be sure that the staff in my office are absolutely up to the challenge of meeting my constituents needs.”

Wynne takes the reins of power during a turbulent time with the house in prorogation and many of the province’s teachers in revolt. However, the former minister of education and school board trustee said she hopes to help calm things down.

“I’ve been clear that we need to get back to a more respectful relationship,” she told the Town Crier on Jan. 30. “I was very happy yesterday that I was able to meet with the presidents of the teachers’ federations.

“We had a really constructive positive discussion and we will be having further meetings and so my hope is that we will be able to make progress,” Wynne said. “It’s a high priority for me because I know that there are kids without extra-curriculars and we don’t have any more money so it has to be about how we have a better process next time.”

Even with provincial issues taking up more of her time, Wynne said that local issues, like the provincially-funded Eglinton LRT, are still important to her.

“People talk to me all the time about the need for transit and that’s certainly something that will be a priority for my government because it is such an important economic driver.”

Wynne said she’d also like to tackle the need for affordable housing within Don Valley West as well as the rest of the province.

As Premier, Wynne said she hopes to find practical solutions to the challenges her government faces. 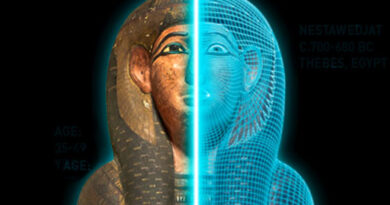 Continuing: See the Egyptian Mummies at the ROM