On June 12, the mayor’s executive approved a parks’ plan to charge youth and children’s sports organizations an hourly rate of $2–6 for field use, rather than the $5–10 as originally approved in the 2012 budget.

On top of that, the report outlines a plan to address persistent problems with scheduling, disparities in field classification, and a new weather policy.

Back in February, youth and children’s leagues — previously exempt from paying permit fees for the city’s 676 outdoor sports fields — decried the introduction of the fee as hasty and unfair as many leagues already foot the bill for a variety of field maintenance and upkeep work the city doesn’t do.

Council agreed to waive the fee for a year and establish a consultation process to address both fee structure and objections from sports organizations about the poor quality of many of the fields.

Parks staff estimate the user fee will bring in $850,000 in 2013, which will in turn be dedicated to field and turf work.

Toronto Baseball Association president David Black acknowledged the significant fee cut, but said the parks action plan falls short on providing assurances that fields will be brought up to better standard and properly maintained before they collect fees.

“To be quite candid, we were hoping to do it the other way around,” Black told the Town Crier hours after the vote.

With the final vote on the recommendations to go before council, Black said his group, which represents 16 baseball leagues, and other sports organizations will now strategize to convince councillors to delay the fee until after a user fee policy review, scheduled for 2014, is completed.

“What we hope to be able to do is soften the time frame and the impact, but we may have hit the wall here,” he said.

Black said the consultation that preceded the report had opened the doors for communication among different volunteer organizations, but had also gobbled up a lot of planning time. 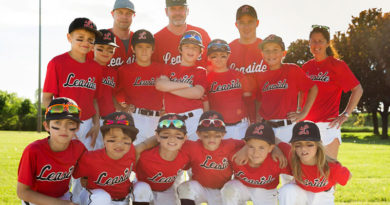