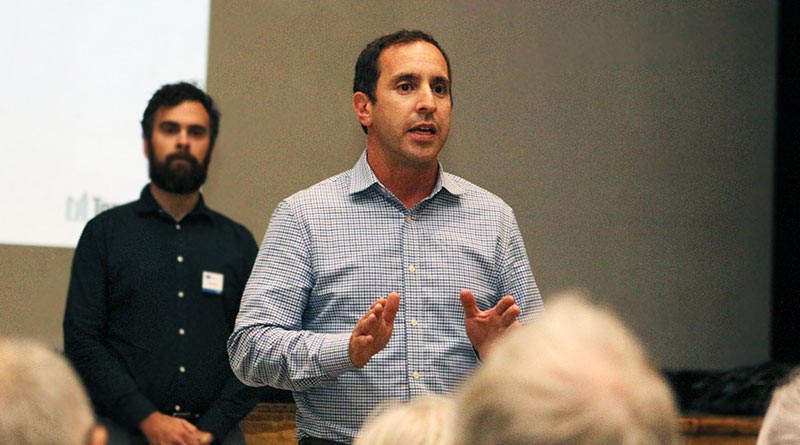 Jennifer Brown doesn’t know where she’s going to find another residence where the rent is so affordable.

The single mother of two — her daughter is away at university, her son attending Northern Secondary School — expressed her concerns at Northern on Oct. 24 about the proposal for 75 Broadway Avenue.

Current property owner Timbercreek plans to add 204 units to the existing 10-storey rental apartment building with 204 units. The initial proposal was a 40-storey building with 402 additional units, including 20 replacement units, for 6.47 times the area of the lot.

Those 20 replacement units make up for units in the existing building to be demolished. Brown is one of those 20 renters.

“It’s not guaranteed that I will find another place in the building,” Brown, a nurse, said. “In the future, I may have to work nights. I’m thinking how will I sleep?”

She moved in 23 years ago when there was rent control and so finding something at the price she currently pays would be hard, she said.

“I have no plans for actually moving. I’ve kind of lived here too long so I’ve gotten stuck in the rental situation as a single parent,” Brown said. “Who can buy a house? And who can afford to buy a house?”

Ward 22 councillor Josh Matlow addressed the public consultation with an opening salvo, declaring he was against the project.

“The proposal that I’ve seen is completely out of whack with reality with respect to any adherence to our official plan, our secondary plan. It’s frankly disrespectful to the people who live there now,” he told the audience of 30 people. “Many of us have been through this experience before, where we fight and fight and fight and then it goes to the OMB and it gets approved.”

However, Yonge-Eglinton is one of five Urban Growth Centres designated by the provincial government.

Developer Timbercreek included a revised proposal during its presentation, knocking the height down to 36 from the original 40. The units were cut to 335. Greg Rogers, Senior Vice President of Development, revealed the update after Matlow’s salvo.

“We’re trying to create a unified rental community by taking what exists and adding on to it something that is positioned to a higher level in the marketplace but delivers better amenities,” Rogers told Streeter.

The biggest challenge for Timbercreek is gaining approval. Side-yard setbacks and lay-bys have been adjusted as well as the height. Additionally, the design of the old building is being accommodated in the new tower.

“You have to respect what exists but have it nicely co-exist with what is new,” Rogers said, adding they are in it for the long haul. “We’re different in a lot of ways. We’re trying to build a rental community instead of selling something.”

Next on the agenda will be the resolution of the issues the city’s planning division has with the proposal, as well as a final report, to be presented at another public meeting. 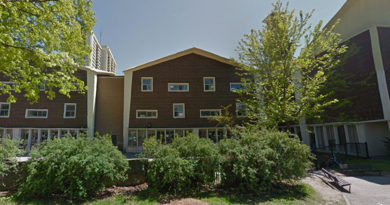