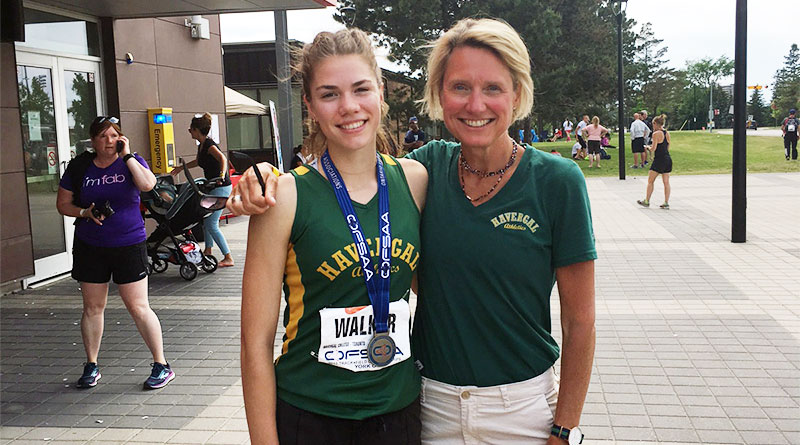 A bronze in the 1500-metre and a silver in the 800-metre was a fine way to end a high school athletics career for Haley Walker.

The 18-year-old track team captain, who had the Havergal torch passed down to her by Martha MacDonald, earned two podium visits at OFSAA, held June 7-9 at York University.

Right from Grade 9, Walker set out to get an OFSAA medal. She earned her first one in Grade 10 when she earned a bronze in the Junior Girls 800-metre.

“Then I was I really hungry for more medals,” she admitted of her 2016 self, in a mid-June phone interview.

This year, however, it was about medalling in both her races.

“Since this was my last year, I was more determined to medal in at least one event,” Walker said. “Being older, it’s not easier, but you have a lot more experience and you’re a bit more competitive.”

For the bronze in the 1500, she finished with a time of 4:30.07, finishing behind Cameron Ormond of Aurora High School and Jocelyn Chau of De La Salle College.

Walker said she knew she had a chance but admitted the race didn’t “pan out” as she planned.

“I knew third was more realistic,” she said. “I kind of rely on my kick a lot. The last straight-away I was determined to get all that out.”

The silver in the 800 was bittersweet, as it would be her Gators denouement.

“Before the race, I knew it was my last, so I was feeling a little sad, but also really excited at the possibility of winning a medal,” she said. “I was really hoping for finishing first. The race didn’t pan out as I planned.”

Next on the agenda for Walker is the Canadian Track and Field Championships in Ottawa, from July 3 to July 8.

Then, she’ll be preparing for her next academic endeavour, attending Vanderbilt University in Nashville, Tenn. She’s attending there on a partial scholarship and will be “happily running there”.

“It was a hard decision. It’s a great education and it’s a great experience of racing in the NCAA,” she said. “It will be a good building block for my future.”

November 2, 2010 Town Crier staff Comments Off on UCC's king of the links 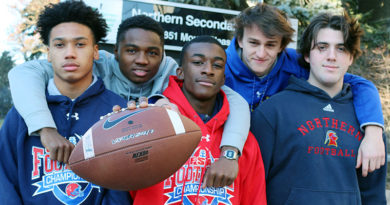 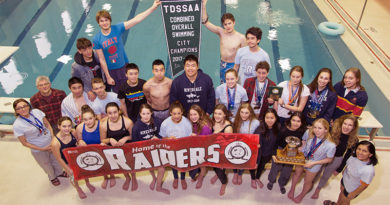