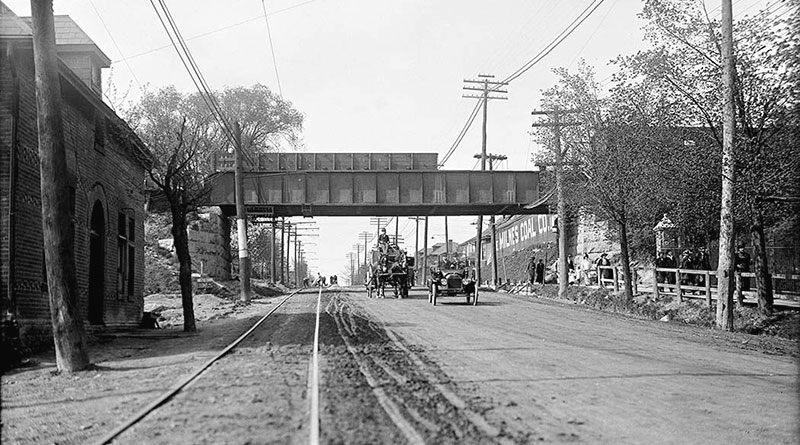 The re-installation of the Iron Horse sculptures on the Beltline bridge across Yonge Street reminds us of another period when equine creatures passed this intersection — but only below the bridge.

A photo from city archives in 1915 shows a time when the Grand Trunk Railway had taken over the crossing, leaving vehicles drawn by horses or driven by internal combustion engines to pass under the bridge.

Years earlier a crossing at this point had been used by horse and human traffic. But in the 1890s the Toronto Belt Line Railway laid tracks and set up a passenger service along this route. However, it lasted only 28 months. The path remained unused until the Grand Trunk took it over in 1910 and established a freight service.

The line was used into the 1960s, serving mainly local industries.

Eventually though, portions of the railway route, then owned by Canadian National, were sold to the city. As part of Toronto’s rails-to-trails program, the Beltline Trail was created for pedestrians and cyclists. City councillor Kay Gardner played a large role in the process and in May 2000 the trail was named after her.

The Iron Horse sculptures were installed on the bridge from 1994 to 1996, after which they were sold off. New versions of the sculptures have just recently been placed on the Kay Gardner Beltline Park overpass.

A walk in the park

June 8, 2010 Town Crier staff Comments Off on A walk in the park 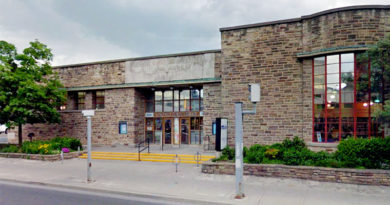