After nearly three years and countless hours, a settlement was finally reached for the 18 Brownlow, now known as 71 Redpath, development in the Soudan apartment neighbourhood.

It was a team effort involving our councillor, Josh Matlow, city planning and legal staff and the community.

After five Ontario Municipal Board (OMB) pre-hearings over almost two years and with a full two-week hearing scheduled to begin May 7, we obtained a number of major concessions from the developer.

Currently, the TDSB, which formed a party independent of ours and the city’s, is still registered to appear at the OMB, taking the stand that the development should be placed on hold until adequate school space is available in the neighbourhood.

What have we achieved?

The development was scaled back from two towers and a large podium to one tower only, with a dramatic reduction in units (from 463 to 180) and parking spaces (from 302 to 137).

In addition, we gained the following major concessions:

We remain disappointed in the final height, having hoped for something more reasonable and less obtrusive.

However, after numerous attempts, the city, our team and councillor were only successful in negotiating a reduction to 21 storeys. We must remember this appeal remained under the jurisdiction of the old Ontario Municipal Board (OMB) and, given the tendency of the OMB to render unpredictable and, at times, unfavourable decisions, both the city’s and our lawyers and planners advised us to settle with the developer to lock in our gains and ensure the best possible outcome, especially with too many previously approved tall towers on Soudan with similar or greater heights.

Attempting to win further height reductions in a contested OMB hearing would risk losing all the advantages of the agreement on offer, and possibly result in restoring the full 24 storeys and other concessions, all at great cost. Unfortunately, community groups don’t have the deep pockets of the developers we have to face.

Fortunately, these kinds of battles are coming to an end. The demise of the OMB means that future developments will have to abide by city planning rules. We thank Josh Matlow for his tireless pursuit over many years championing the abolition of the OMB. The end of the OMB was finally proclaimed on April 3, 2018.

That and the nearly completed new city planning blueprint for midtown (Midtown in Focus initiative) should restore a sense of planning control in our neighbourhood.

A big thank you goes out to all the residents who helped oppose this huge development and to all our supporters for their generous donations and for making our yard sale so successful. At least it establishes that “together we can make a difference.”

Next are another eight legacy OMB development appeals in the SERRA area, including a very large one at the northeast corner of Davisville Avenue and Yonge (1951 Yonge St., the site of the old LCBO), and at 700 Mt, Pleasant Rd. (Briton House addition), right next door to 18 Brownlow.

Also, not to be forgotten, there remains the vacant, eastern portion of the 18 Brownlow site.

Do you know what part of the city you live in?

October 25, 2015 Eric Emin Wood Comments Off on Do you know what part of the city you live in? 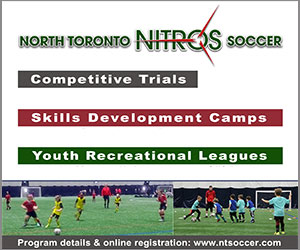