People dedicate their novels to loved ones all the time.

Some to wives or husbands, extended family members or close friends.

Theo Caldwell dedicated his debut book to his dog, Harvey.

The investment advisor felt his loveable purebred boxer personified the character traits of greatness and strength found in his young adult novel, Finn the half-Great.

Steeped in rich folklore, Caldwell’s debut book recounts the fictional story of Finn McCool, the emblematic Irish hero who fought for — and loved — the Emerald Isle.

It’s the first of five novels published by Tundra Books about Finn, who Caldwell hopes people realize is an important part of Irish folklore, just as King Arthur is ingrained in British storytelling.

“People think Finn McCool is a bar and that offends me to be honest,” the Irish citizen says.

Caldwell’s second book on Finn is due out February 2011.

Caldwell, who travels the world as an investor, and has appeared on such shows as TVO’s The Agenda and CTV News, spent several years researching the book.

Harvey was by his feet for most of the time.

The 90-lb. canine, who died last year at the age of 11, was Caldwell’s prime example for the theme of greatness stemming from goodness, the author says.

“Harvey was just a good little guy, it’s that simple,” says Caldwell, who has penned columns on financial and political issues for major dailies.

“The theme of the book — a person is great if a person is good — was for me, exemplified and personified by Harvey.”

While Harvey’s no longer, dogs still rule the Caldwell household, located a stone’s throw away from Forest Hill Village.

Caldwell and his partner share their home to three rescue dogs: two boxers and a French bulldog.

A detailed portrait of Harvey hangs in the home’s entranceway.

“Until I got Harvey some years ago, I didn’t understand dogs, I didn’t get them,” says Caldwell, who refers to himself and his partner as Harvey and the other dogs’ “parents”.

Caldwell takes pride in connecting with the younger generation, which is why his story about one of the most iconic heroes of Ireland was written for youth. 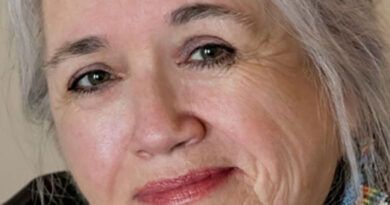 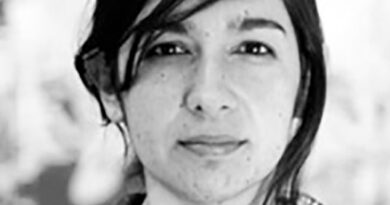