The annual Riverdale Share concert is back on Dec. 8 at 3 p.m. at the Danforth Music Hall, 147 Danforth Ave. This year’s entertainment lineup includes Julian Taylor, Shakura S’aida, the Frankland Choir and the comic team of Warren Bain and Matt Bernard. More details under Things To Do.

The Model Railroad Club of Toronto hosts its 2019 Holiday Show for kids and adults on Dec. 7 and 8 in East York at 11 Curity Ave.

You can see Canada’s premier O scale model railroad, as well as watch dozens of trains, both freight and passenger, as they pass through cities, towns and countryside.

More information in the event listing.

Power out in east end of East York

Residents in the eastern neighbourhoods of East York were without electricity for several hours this morning, as parts of East York, Toronto and Scarborough were struck by power outages.

The power went out at 8:48 a.m., according to Toronto Hydro. At 9:10 Hydro tweeted, “We’re aware of an outage affecting customers in Scarborough, from approximately St. Clair E south to Danforth, and Victoria Park west to Warden.” However, some residents west of Victoria Park Avenue were also affected, especially along Danforth Avenue and in Upper Beaches.

The Santa Claus parade returns to the east end — in the Upper Beaches to be exact — on Nov. 24. It wends its way along Kingston Road to end up at a party at Community Centre 55, complete with kids activities, a barbecue and, of course, Santa. More about it in the Things To Do listing.

Police have released video showing an SUV hunting down two boys on the sidewalk leading to Stan Wadlow Clubhouse and striking one. The graphic video shows a body, presumably that of Matthew Dreaver, 16, lying crumpled on the pavement as the vehicle speeds off.

For the whole story to date, see Streeter News.

Show a hit with artisans and shoppers

The basement at Eastminster United Church was full with nearly 50 vendors and hundreds of people looking for unique items on Nov. 16. See the full story, including interviews with two of the interesting artisans.

Arts and crafts sale on today

The local Rotary Club is holding its popular arts and crafts sale at Eastminster United Church today from 10 a.m. to 5 p.m. More than 45 artisans are selling their creations, along with activities like live music and face painting. More information in the Things To Do listing.

The city is inviting members of the Danforth community to the first meeting about the coming Danforth Avenue Complete Street and Planning Study tomorrow from 6:30 to 8:30 p.m. at Monarch Park Collegiate, 1 Hanson St.

The open house will include a brief presentation and interactive group discussion to get community feedback.

The full study area will span six kilometres of Danforth Avenue, between Broadview and Victoria Park avenues. Find out more details about it online at toronto.ca/danforthstudy.

Just five days after two teenagers were found wounded behind a Cosburn Avenue address, an East York apartment building figures in another suspected shooting — this time a fatality. Police found a man dead in the stairwell of 75 Eastdale Ave. this morning around 8 a.m. They also found a shell casing nearby.

More on this developing story as we get it.

Two teenagers are in hospital in serious condition after being shot behind a Cosburn Avenue apartment building last night at about 9 p.m. Police are looking for a male who was seen fleeing the scene through local backyards. See more about this story in News.

Vandals are being blamed for having removed nearly all of the 120 trees and shrubs planted by the community in Taylor Creek Park, next to Victoria Park Avenue, on Oct. 5.

Only about six new plants remain, despite the city having already having replanted some of them since discovering 50 of them missing after the community planting event. Vandals, it seems, struck at least twice.

Police briefed media near the scene of the homicide earlier this afternoon, saying the incident began when Dreaver and a 14-year-old friend had a dispute with two occupants of a motor vehicle behind a nearby Shopper’s Drug Mart before 2 a.m. on Monday. The men allegedly followed the boys to Cedarvale Avenue where the SUV jumped a curb and struck Dreaver, police said.

Read the complete update and watch the video of the suspected SUV in the area.

A boy, 16, was run down and killed by dark-coloured SUV that followed him on Cedarvale Avenue near Stan Wadlow Park early this morning, police say. The incident was first called a collision resulting in a pedestrian with “vital signs absent” when officers arrived at the scene but witnesses said the vehicle jumped the curb to strike the teenager, leading police to call it a homicide.

See the full story so far in Riverdale-East York news. 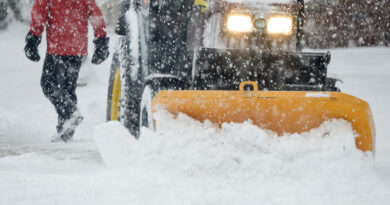 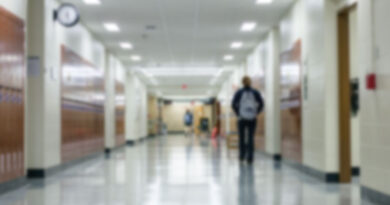 October 20, 2020 Eric McMillan Comments Off on Schools locked up after gunman reported in Eglinton-Allen area 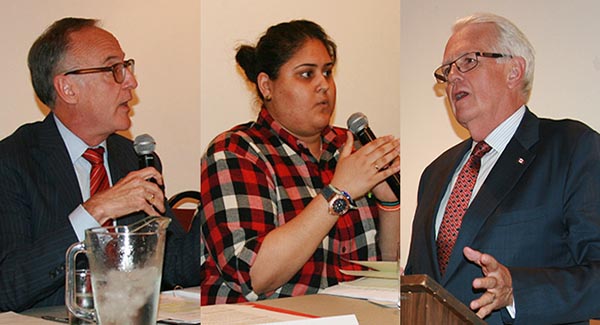