A child care centre has closed for 14 days after three staff tested positive for COVID-19 and more staff and children are awaiting results. Jesse Ketchum Early Learning and Child Care Centre was set up on April 21 to care for children of essential and critical services workers.

For more information about the closure, see the story.

COVID-19 has struck many long-term care homes in Central Toronto but with less dire consequences than in other parts of the city, judging by a city report today. The St. Clair O’Connor Community Care facility in East York now tallies eight deaths while centres in suburban Toronto have been hit worse. See the full story.

Not everyone is keeping themselves confined to their own home apparently. Police chased and lost a prowler in the backyards of the Spadina Road and Lowther Avenue area this morning, according to a police message on Twitter.

Firefighters found one injured person when they put out a fire on April 14 in the 29-storey residential building at 33 Rosehill Ave. The person, whose identity has not been released, was rushed to hospital but was pronounced dead. More on this story.

The big screen at the Royal Cinema is not showing films during the pandemic, which has closed theatres. But the movie house is helping programmers, who would normally be presenting films at the Royal, live-stream them online, so they can be watched at home.

Patrons are also rallying to support the landmark theatre with messages of hope, buying membership cards and donating money. Read the full story of how the Royal Cinema is ensuring it will survive the pandemic.

Pride parade and car show the latest to fall to coronavirus

Pride Toronto and the Yorkville Exotic Car Show are among the latest to announce their events have been shut down in the latest wave of cancellations due to the coronavirus pandemic. Now the cancellations, postponements, and moves to the internet extend right into summer. See our updated guide to the changes.

The next concert in the acclaimed B-Xalted! series, scheduled for May 13, is the latest victim of the coronavirus shutdown. Local events scheduled over the next two months have been cancelled, postponed and — in rare circumstances — moved online. See our full list of closures in midtown, central Toronto and the east end.

Yesterday police reported medication, including 120 Percocet and 84 Diazepam pills, has been stolen near Parliament and Shuter streets.

The drugs could be dangerous and potentially fatal if ingested, especially by children, police warn.

We’re starting a running list of events that have been cancelled or postponed and venues that have shut down or reduced hours in the local areas due to the growing coronavirus crisis. See the list in Streeter news. And let us know of any other changes we can tell readers about: send an email.

Petition growing to save three spaces on Church Street

Crews & Tangos have signed a two-year lease but local supporters of the bar and its neighbouring spaces are still concerned about the property owners’ long-term plans for the area.

More than 30,000 people have signed the online petition to save the place from becoming a condo development. Read the full story.

Toronto’s medical officer Dr. Eileen de Villa has sent a letter to Whitney Junior Public School warning that its community may have been exposed to a confirmed case of the coronavirus, several media are reporting this morning.

We’ll have more on this story as it develops, as well as news on any other instances of the virus in the local area.

We should be getting garbage pickup and other services in our neighbourhoods east of Yonge Street for quite a while longer after union members and city councillors ratified a five-year deal with the city’s outside workers. Read the latest news.

July 7, 2009 Town Crier staff Comments Off on Temp dumps in danger of overflowing 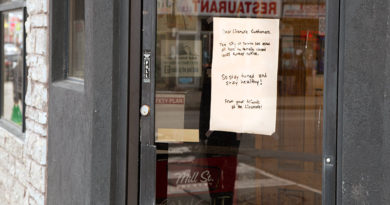 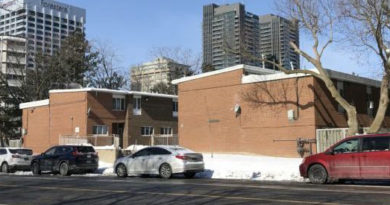