COVID-19 has struck many long-term care homes in central and midtown Toronto but with less dire consequences than in other parts of the city, judging by a city report today. The St. Clair O’Connor Community Care facility in East York now tallies eight deaths while centres in suburban Toronto have been hit worse. See the full story.

Nightly clamour from balconies is highlight of the day

A midtown highrise resident relates her growing involvement in the ritual of making noise to support health care workers each evening. It’s an affirmation that we’re all in this together, Andrea Freedman writes. Read her column.

Two years ago the communities around Bayview and Davisville avenues were split over the proposal to install traffic lights at the busy T-intersection. Some said signals would make the intersection safer for pedestrians, while others argued traffic would be jammed up, causing drivers to veer off into residential streets.

Firefighters found one injured person when they put out a fire on April 14 in the 29-storey residential building at 33 Rosehill Ave. The person, whose identity has not been released, was rushed to hospital but was pronounced dead. More on this story.

Two men have been arrested after two jewellery stores were robbed in February. The incidents took place at shops near Eglinton Avenue West and Avenue Road and near Bayview Avenue and Bayview Lane Mews.

Police say a man would walk around pretending to be a customer, then pull out a can of pepper spray and spray a store employee. He would then allegedly smash glass display cases with a hammer and take watches before fleeing the store. The total value of stolen merchandise was about $1 million, police estimate. Another man would wait nearby in a getaway car.

Police arrested a man, 30, on March 6 and a second man, 22, on April 9. Each was charged with two counts of robbery, two counts of administer a noxious thing with intent, and two counts of possession of a weapon. One also faced a charge of mischief to property.

It might have seemed a series of miracles for some Forest Hill-area shoppers. First they found the Loblaws grocery store on St. Clair Avenue West apparently open on Easter Sunday. Then they found the aisles practically deserted — no physical distancing problems there. And then there were no cashiers present to take any payment for the groceries.

But it wasn’t largess on Loblaws’ part. The police eventually arrived to secure the store that had been accidentally left unlocked. See the full story.

Have you noticed it in Sunnybrook, Sherwood, Eglinton, Windfarms or other local parks? Fewer people flouting the city’s social distancing rules and gathering in groups, or using closed park facilities, like playgrounds and fitness stations?

Sherwood Park and Sunnybrook Park are among areas to be blitzed by police and enforcement officers from April 10 to 13 to crack down on groups congregating and people using closed parks facilities, like playgrounds.

Officers had responded to the call shortly after 9 p.m. on April 8 when they found the man. He was rushed to hospital where he succumbed to his injuries, police say.

The man has been identified as Lindsay John Templeton of Toronto.

Homicide investigators are asking witnesses who were in the area or have security camera footage, dashcam video or other information to contact police.

The city set a record for the number of tickets issued and people talked to for using shutdown facilities and congregating too closely in parks on Monday. This includes a large gathering in the off-leash dog area of Windfields Park.

Doors Open Toronto, originally scheduled for May 23 and 24, is among the local events that have been shut down in the latest wave of cancellations due to the coronavirus pandemic.

Now the cancellations, postponements, and moves to the internet extend right into summer. See our updated guide to the changes.

Ontario’s and Toronto’s chief medical officers have issued their warnings and recommendations about combating COVID-19 through local distancing. And now the speed of local shows being cancelled, venues shut down and programs postponed has accelerated across midtown and central Toronto

Columnist Brian Baker recalls shopping for books for his young kids at the Mt. Pleasant Road bookstore and discovering how much more the shop, overseen by a cat, means to the community. That’s why he resents the possibility of it being replaced by yet another development. Read the Blast Radius column.

Toronto-St. Paul’s councillor Josh Matlow is in isolation after being being informed he has been exposed to someone who tested positive for COVID-19. Which means all his public meetings have been cancelled or postponed for two weeks, including tonight’s meeting to “Save Mabel’s Fables Bookstore.”

Toronto’s medical officer Dr. Eileen de Villa has sent a letter to Whitney Junior Public School in Rosedale warning that it may have been exposed to a confirmed case of the coronavirus, several media are reporting this morning.

We’ll have more on this story as it develops, as well as news on any other cases of coronavirus in the local area.

Yonge Street subway service is being suspended from Eglinton to Sheppard-Yonge stations on Saturday and Sunday for track work, the TTC says. Shuttle buses are operating and all stations are open for fare sales, access to bus routes and connecting lines.

At York Mills, the Old York Mills Road entrance is closed and at Lawrence Station, the automatic entrances at Ranleigh Avenue and Bedford Park Avenue are also closed.

Here’s more details from the TTC.

We should be getting garbage pickup and other services in our neighbourhboods east of Yonge Street for quite a while longer after union members and city councillors ratified a five-year deal with the city’s outside workers. Read the latest news.

A cycling group that meets in Midtown every month is pushing the city to create safe lanes. Holly Reid, who co-chairs Cycle Don Valley Midtown, says one of the group’s focuses now is getting city funding for protective lanes in the plans for Eglinton Connects. 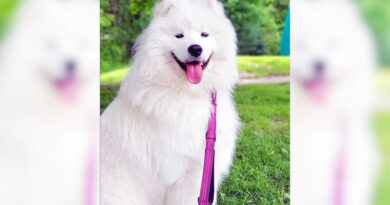 Sammy’s been found by ‘good samaritan’

October 8, 2020 Eric McMillan Comments Off on Sammy’s been found by ‘good samaritan’