If you plan on buying food at the Eastern Beaches sometime in the next 20 years, there’s a good chance you’ll be buying it from Tuggs.

City council voted May 12 to extend the city’s exclusive contract with the operator of the Boardwalk Pub for another 21 years less a day without seeking alternative bids—a decision that’s angered some councillors and residents.

Over the next 20 years, the deal will see the operator pay roughly $1.4 million less in rent and sponsorship money than originally agreed to in a 2006 proposal to renew its contract. In addition, Tuggs will see a broadening of its exclusive Woodbine Beach turf to include Ashbridges Bay Park, where it will also be allowed to sell alcohol and will gain the right to sell non-consumable goods.

“It just is mind-boggling that anybody would do business this way,” said councillor Doug Holyday, who voted against the proposal. “That isn’t the way we’ve been handling other city properties, nor should it be.”

The agreement passed in a vote of 15 to 12, at a meeting where 18 councillors had already left for the day.

Although controversial, it sealed the deal on a contract which had been in limbo since expiring in 2007. A year before, Tuggs owner George Foulidis approached the city with a proposal to extend his contract. City staff recommended to council that the lucrative contract be put out for a request for proposal so that other operators would have a chance to bid.

However, local councillor Sandra Bussin convinced council not to tender the contract, arguing the community would not be keen on a large chain like McDonald’s taking over the contract. Council then instructed city staff to work out a new proposal with the operator.

But negotiations came to an impasse, resulting in a request from staff for city council to approve new terms that would be acceptable to Tuggs.

The approval of those new terms means that Tuggs will continue to be the exclusive vendor in the area until 2028.

A group of citizens opposed to the renewal of the no-tender contract are vowing to fight to reopen the issue at council.

“A full council would have made a sober decision and called for an RFP,” said Bruce Baker, a member of the group and a candidate running to unseat Bussin in the upcoming election.

But with a two thirds vote required to reopen a matter at council, Holyday said the chances are slim.

“There are a lot of restaurant operators out there who would have lived to bid on that property,” he said. “It’s certainly not the best we can do for the taxpayer.”

Attempts to reach Foulidis were unsuccessful. 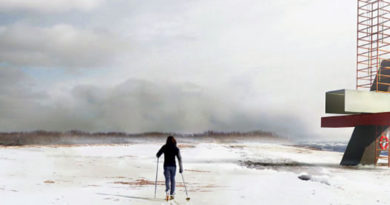 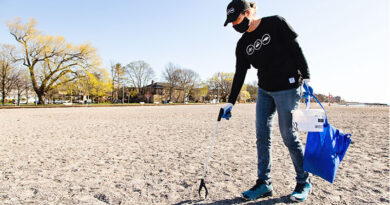