A young activist from St. Paul’s may go down in Toronto’s history books for his involvement in triggering serious legal action that could ultimately cut short Rob Ford’s mayoralty.

Adam Chaleff-Freudenthaler, a community activist and city hall watchdog, is one of several players who set in motion Ford’s court case over conflict-of-interest allegations.

The case could result in the mayor being removed from his job and potentially banned from seeking elected office for several years.

In an interview days before Mayor Ford’s hearing Chaleff-Freudenthaler was cautious not to say too much about a matter before the courts, but he acknowledged his supporting role in this crucial court case.

It was Chaleff-Freudenthaler who put the lawsuit applicant, Paul Magder, in touch with attorney Clayton Ruby. The high-profile lawyer agreed to take on the case pro bono.

Magder, who Chaleff-Freudenthaler has known since childhood, worked on the activist’s failed 2010 bid for the St. Paul’s Toronto District School Board trustee seat vacated by Josh Matlow.

“I see myself as somebody who connects people from different parts of the community. So that, in broad strokes, is the kind of role that I’ve played here as well,” he said of the conflict-of-interest case.

Contrary to suggestions that this is a witchhunt out for Rob Ford, a mayor he openly criticizes, Chaleff-Freudenthaler said he is driven by a desire to see fair public office practices.

“When politicians take for granted the public office that the electorate has bestowed upon them, I take that very seriously, and I think it’s worth the work to hold them accountable,” he said. “If I had information on any politician acting in disrepute and taking for granted the honour that’s been given to them to serve I would certainly make sure that they’re held accountable.”

Chaleff-Freudenthaler is acutely aware of the various processes available to do just that. He and associate Max Reed filed requests for audits of campaign finances after alleging violations by councillors James Pasternak, Doug Ford, Michael Thompson and Giorgio Mammoliti, and several candidates from the 2010 municipal election.

Chaleff-Freudenthaler and Reed did the same with Mayor Ford’s campaign spending disclosures. Where others had failed, the pair saw action.

The committee ordered an independent forensic audit, which is currently ongoing, and, like the conflict-of-interest case, stands to have serious punitive implications if Ford is found to be in violation.

When news reports raised questions over the Feb. 7 council vote that is now at the heart of Ford’s conflict-of-interest allegations, Chaleff-Freudenthaler said once again he took notice. When a lawyer mentioned it in passing (he declines to name the individual), Chaleff-Freudenthaler delved into the matter further.

“Again, it was one of those things where people looked at this and raised an eyebrow, like should someone really be voting on something where their own financial stake is so clear?”

Chaleff-Freudenthaler is a strategic communications and labour relations officer for the Association of Management, Administrative, and Professional Crown Employees of Ontario, the bargaining agent for 12,000 largely Ontario Public Service workers. Though he says his occupation is no secret, Chaleff-Freudenthaler prefers to call himself a policy, research and communications professional at a not-for-profit.

“They don’t figure into my work as a day-to-day activist,” he says of his employers.

Chaleff-Freudenthaler’s longtime involvement in activism dates back to his teens. He’s chair of the board at Wychwood Open Door. At 22, he was the youngest person ever to serve on the Toronto Public Library board. More recently, the World Economic Forum named him an inaugural global shaper.

“I’ve had the chance to work with a whole lot of people and I guess when you have your ear to the ground those are the kinds of things that you hear,” he said.

“And people know by my reputation I’m the sort of person who can help them advance those sorts of questions from mere fodder to ‘let’s see if this is something that should bring out action.’ ” 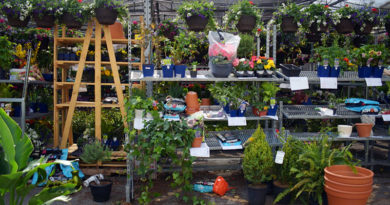