Arbortrek Canopy Adventures, based in Vermont, approached York Centre councillor James Pasternak with a 21-page proposal to install and operate a series of zip lines, aerial trekking course and welcome facility at the Bathurst and Sheppard area park.

A popular tourist activity in South and Central America, zip lines and aerial trekking tours allow thrill-seekers to glide along a cable or trek across bridges at high vantage points in forested areas.

Zip line courses are not currently offered in any of Toronto’s parks, though they are offered at some locations in the GTA. Should it be approved, the project would be the first large-scale zip line canopy tour in an urban green space.

Pasternak said he met with Arbortrek representatives in late November to discuss the proposal, and while it would be breaking new ground, he says the concept requires study and community consultation.

“I could see people who enjoy that activity in other cities and in the United States having a great time, and being very supportive of doing it locally,” Pasternak said. “We just have to be sure that it does not hurt the tree canopy or any of our ravine lots.”

The proposed layout includes six to eight tree-to-tree zip lines, sky bridges and rappels in the ravine bordering the southern end of the park. A guided zip line tour would run anywhere from 105 minutes to 135 minutes at a price tag of $80–90 per person.

“The tour will traverse the property in a way that encourages interaction with the terrain and optimizes scenic vistas of the North York skyline,” the document reads.

The aerial trekking course would involve more than 80 tree-to-tree challenges ranging in difficulty, while a zip race, referred to in the proposal as a thrill ride would feature 800 to 1,600 high-speed lines that would be located near the park’s ski slope.

Arbortrek, which is hoping to have the tour fully operational by summer 2013, is proposing a long-term concession and agreement to exclusivity to operate the courses at Earl Bales Park, along with a right of first refusal to develop other Toronto Parks should the pilot project be successful.

Under Arbortrek’s proposal, the tour company would finance the operation and provide installation and management oversight. The city would receive revenue through either a lease or revenue share agreement.

A spokesperson for the parks and recreation department confirmed that a proposal was submitted in late November. The proposal was then transferred to the Toronto Office of Partnerships, which is the first point of consideration for unsolicited business proposals. 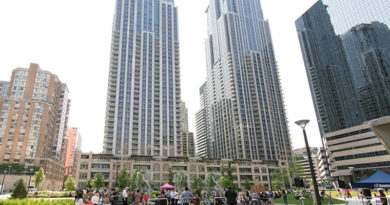 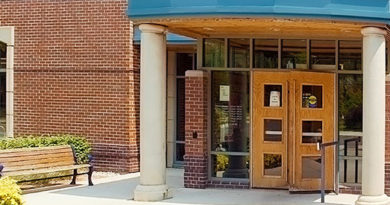