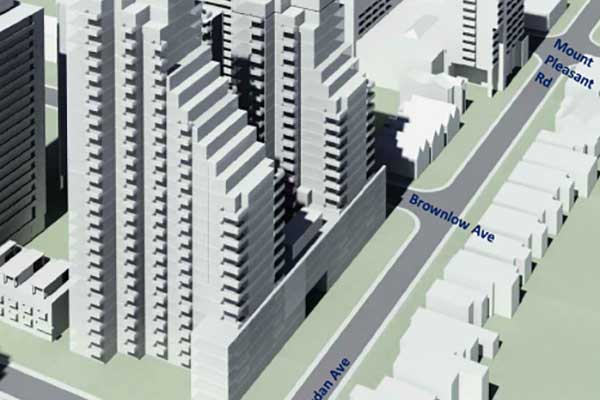 Residents in the Yonge-Eglinton area have every right to feel they are living in a constant construction zone.

The completion of the Minto towers (Quantum) complex just south of Yonge and Eglinton in 2007 seemed to signal the start of a hyper-development wave in the midtown area. The province’s designation of the Yonge-Eglinton area as an Urban Growth Centre (UGC) added fuel to the development boom, as did plans for the Crosstown LRT on Eglinton.

What started as just a few tall developments at the Y-E intersection has now spread rapidly to other intersections along Eglinton East and West such as at Bayview, Laird and Avenue, along Yonge from Lawrence to St. Clair, as well as to more traditional “high streets” like Yonge, Mt. Pleasant and Bayview. This development expansion is especially apparent inside the various apartment neighbourhoods including along Davisville, Soudan and Roehampton. In fact, we expect that by 2030 the population in the wider Y-E area alone will grow by some 35,000 residents.

Of particular concern to us right now is a development, called “18 Brownlow,” located on Soudan Avenue for a full block between Redpath and Brownlow avenues. The proposal calls for the replacement of 16 two-storey (mostly) semi–detached residential homes with a massive development of two towers of 20 and 25 storeys, containing 463 units.

The strip of land on which the towers will be located for the most part is only 100 feet deep. Topping out at a height of 87 metres or almost 300 feet, the development overpowers the low-rise Davisville/South Eglinton neighbourhood to the south, but also the immediately adjacent apartment buildings and townhouses inside the Soudan apartment neighbourhood. It would appear to violate just about every city planning regulation in existence. In addition, the developer took very little time before appealing to the Ontario Municipal Board (OMB), which frequently overrules Toronto’s city planning regulations – and the wishes of local, affected residents.

With leadership from the South Eglinton Ratepayers’ and Residents’ Association (SERRA), the community, comprising both low-rise and condo dwellers, deemed this development so offensive that we decided to join the city’s solicitor/planning team in the fight at the OMB and registered as a separate “Party,” represented by a well know solicitor and planner. In all of this the community has worked closely with our Councillor, Josh Matlow.

We now have a number of OMB pre-hearings behind us and have achieved a good first win with the developer agreeing to comply with the city regulation to designate parkland on the development site. As a result, he will have to submit new plans … and so the story continues.

Unlike the (much fairer) city planning review process, it’s an expensive proposition for the community to have our voices heard at the OMB, since they really only listen to us if we are represented by “expert witnesses” (professionals with a formal designation) and a solicitor specializing in planning/municipal law, so we continue to be very busy raising funds. If you want to follow our efforts and contribute to this cause, please visit NOtoBrownlow.com and wish us good luck!

Andy Gort is the president of the South Eglinton Residents’ and Ratepayers’ Association (SERRA), which has been advocating for our neighbourhood for more than 50 years. 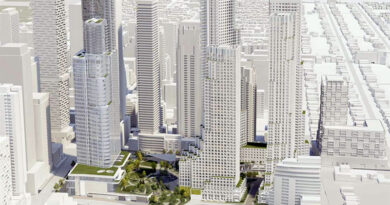 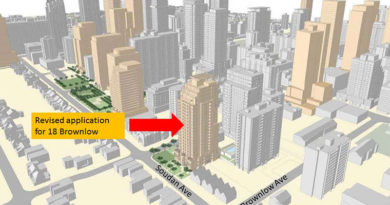 Progress on scaling 18 Brownlow development but the fight continues

December 3, 2017 Eric McMillan Comments Off on Progress on scaling 18 Brownlow development but the fight continues