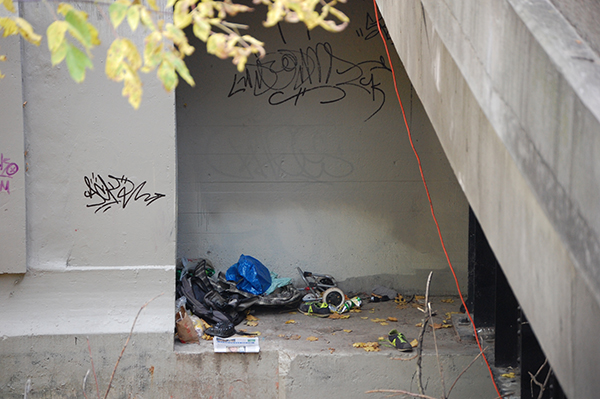 Shawn Star/Town Crier AT THE SCENE: A bag, a cart and a pair of shoes could be seen this morning near where police found the burned body of a man under a St. Clair Avenue bridge Wednesday night. Police believe the man was homeless and living under the bridge.
NEWS
October 30, 2014 Shawn Star body, fire, Toronto Police

Police are investigating after the burned body of a man was found Wednesday night under a bridge on St. Clair Avenue East, near Inglewood Road.

The call came to police at 8:30 p.m., with reports of smoke being seen billowing from underneath the bridge. Responding officers found the victim tucked under the easternmost part of the bridge, on the south side of St. Clair Avenue.

The man was pronounced dead at the scene.

The man has not been identified, but officers at the scene said they believe he was homeless and had been living there. Police also said the man had a fire going, presumably to keep warm, and that solvents were also found at the scene.

Staff Sgt. Peter Henry, of 53 Division, said this morning the coroner was examining the body. Citing an “ongoing sudden death investigation,” he said he could not provide more information at the time. 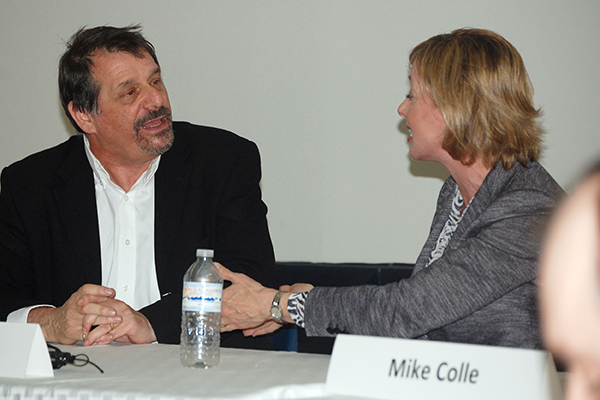