Marion Johnston, the original owner of Penrose Fish and Chips, could be found behind the counter greeting customers and serving the shop’s trademark fare for 62 years.

“Back in the ’50s she was making coconut cream pies and homemade lemon pies to sell and enhance the business,” says her son Dave, who runs the family establishment along with his wife Rosemary. “Her forte was just serving people and being kind.”

Marion, who founded the business in 1950 on Mount Pleasant Road and Penrose Road with her husband Roly, passed away in August shortly after her 91st birthday.

“She was working this year up through May,” says Dave. “That is impressive. Certainly it’s a pleasure to be able to work with your mother or parent for that long.”

“We’d have three or four generations of customers coming in but Marion had this ability to remember their names and remember if they moved or where and asked them specific questions about their lives and they were just amazed that she remembered and cared,” Rosemary says.

The idea to open the business came to Marion’s husband Roly when he was oversees during World War II and he saw fish and chip shops everywhere in London, Dave says. A few years after his parents got married, they moved back to Toronto from New Brunswick and bought what was then called Penrose Sea Grill, he says.

Today, Penrose Fish and Chips remains in the family and their daughter Katie, who works as chef and support staff, is also part of the team.

“The best part of the job is really meeting everyone,” Dave says, adding their secret to success has been their staff and he hopes to keep the business in the family for another 62 years.

“It’s been a great business and it would be a shame to have it seize to exist,” says Rosemary, who took over pie- and pastry-baking duties when she joined the family business 25 years ago after marrying Dave.

“Some regulars come in on a weekly basis and have been for many, many years and they’re like family, which is really nice and we now have our daughter working for us as well.”

When asked about their famous secret family recipe, which celebrities like Catherine Zeta Jones and Barbara Streisand have enjoyed, Dave says: “I can’t tell you, if I told you I’d have to kill you.” 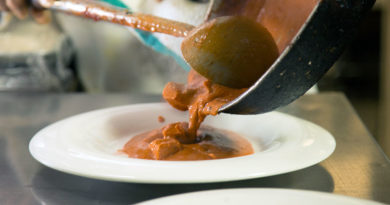 February 4, 2020 Eric McMillan Comments Off on Midtown eateries in midst of Winterlicious boom