As Bedford Park United Church says its final amen this summer in its current building, its congregation will be praying they get good news from the city.

The mood was bittersweet on June 26 as the choir sang in the sanctuary for the church’s 90th anniversary. The church is slated to close before September, at which point the congregation will temporarily move to Eglinton St. George’s United Church to conduct services.

The church has a rezoning and site plan application before the city planning department, White said. If approved, the plan is to demolish the current building and erect a five-storey structure on the same site that would have seniors’ housing on the top four floors with church and community space on the main floor.

Otherwise, the building will be sold with The United Church of Canada determining where the money would go.

“If we don’t get permission, the dream of the building is gone,” said Rev. Barbara White, who has been with the church for eight years. “We’re not going to try and build somewhere else.”

White said they hope to receive a response from the city’s planning department by the fall.

Doug Paul and his wife Karen have been attending services at Bedford Park since 1967. Doug said it had been a long time since the church had such a large turnout.

“It’s very neat today to see so many former people coming back,” he said. “It was very exciting, after attending for more than 40 years.”

Karen said that while it’s the end of an era, she sees it as a positive change.

“It’s sad, but it’s also exciting that we won’t have to look after the building,” she said. “We are a small congregation so we thought it was time to try a new concept.”

The congregation has dropped from its peak of more than 1,000 members in 1959 to less than 50 today. Frank Corby, who has been attending services at the location for more than 40 years, attributed the plummeting membership to a variety of factors.

“Once the congregation started to drop, it seemed to drop rapidly,” he said. “We quite honestly have nothing for young people.”

He also noted the neighbourhood has several churches in close proximity, such as Dewi Sant Welsh United Church and Fairlawn Avenue United Church.

“We have too many United Churches in the area,” he said. “It’s like they’re competing for people.”

The diminished membership has resulted in the church being unable to pay its bills and maintain the building, said White.

“The congregation is now learning to live into a new identity, as a small group of people that can be more about doing God’s work in the world because they’re not so consumed with leaking roofs and plumbing that doesn’t work,” she said.

Bedford Park United currently has accessibility issues and would need major restorative work to be sustained.

The church had been a fixture in the community for many years, said White. They’ve hosted a nursery, a school for autistic children and have donated over the years to Youth Without Shelter and the Canadian Foodgrains Bank.

“When you’re small, it’s easy to be overwhelmed by the amount of need that is out there,” White said. “We decided to focus on two projects and do a good job of that.” 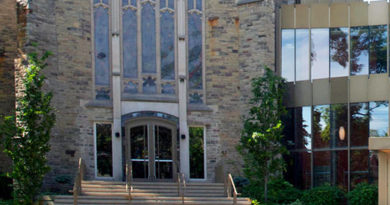