For the third election in a row, Don Valley West will choose between the same leading candidates: car dealership owner John Carmichael for the Conservatives, and United Church minister Rob Oliphant for the Liberals.

In 2008 Oliphant won the riding — which stretches roughly from Yonge Street in the west to Leslie Street in the east, and from the 401 in the north to the Don River in the south — by 2771 votes.

Carmichael won round two in 2011, but it was by a thin margin: 611 votes separated him from Oliphant, while both managed more than 22,000.

Now, Carmichael is campaigning to maintain his seat.

“Serving the residents of Don Valley West for four years in Ottawa has been an immense privilege,” he says. “It’s a dream come true, something I’ve had the honour to do, and that I look forward to continuing for four more years.”

As incumbent, Carmichael says he’s most proud of his role as chair of the Conservative Caucus for the GTA and Central Ontario. The position allows him to advocate for constituents regarding issues such as immigration, Canada Revenue Agency errors, and federal funding for Toronto’s infrastructure, ensuring it reflects “our fair share of money that is being invested across the country.”

“Both in my office and at the federal level in Ottawa, I can tell you that we’ve been involved in thousands — and that sounds high, but it’s literally thousands — of files that are important to the constituents of Don Valley West,” he says.

Oliphant says he is running again to get back to the work he started in 2008.

“The job really has two aspects,” he said. “One that’s very local where you’re embedded in the community and work to make peoples’ lives a bit easier, and one that’s federal where you try to make Canada a better place to live.”

For Oliphant, this meant becoming equally comfortable addressing the riding’s immigration issues, which he says consumed half his time in office, and advocating for increased funding for Toronto’s infrasture, especially transit. He says he views himself as someone who can bring the people of Don Valley West together.

“We have a riding where in the south are people who need work — who need involvement and engagement, and in the north are people who can provide work, provide that engagement,” he says. “I think I am a very good bridge between the different sociopolitical groups in the riding.”

NDP candidate Syeda Riaz, who lives in Thorncliffe Park, says she’s running after watching both the Liberals and Conservatives repeatedly ignore her neighbourhood, which houses some 30,000 people, the majority of them immigrants.

Like Carmichael and Oliphant, Riaz says she would focus on immigration, particularly the federal family reunification program. But she also wants to see $15-per-day daycare for young families and single parents and $15-per-hour minimum wage.

“I think residents in general are unhappy with Stephen Harper right now, between the Duffy scandal and what’s happening with the economy,” she says. “And they don’t trust Trudeau.” 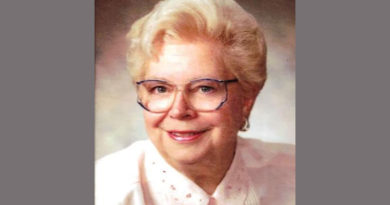