Thorncliffe Park community activist Sabina Ali is one of two winners of this year’s Jane Jacobs Award, given to people showing passion for innovative city building.

The head of the Thorncliffe Park Women’s Committee won for her efforts in turning R.V. Burgess Park into a community hub. She was awarded $3,000 by sponsor Spacing magazine at an awards ceremony March 28.

While saying it feels “amazing” to be recognized, she calls the work a “team” effort.

“It comes down to the whole group,” she said. “It’s all about the work we are doing in Thorncliffe Park and (that) we will start doing something in Flemingdon Park.”

Since founding the women’s committee in 2008, Ali has overseen several additions to the park that include new playground equipment, additional benches, new picnic tables, a tandoor oven, a gardening shed, and additional garbage and recycling bins.

Her group also started a bazaar that runs on the last Friday of each month during the summer, and is expected to expand into neighbouring Flemingdon Park this year.

Ali said she was also glad the park itself was getting its second round of recognition, after becoming the first park outside of the U.S. to be recognized as a Frontline Park by the Washington-based City Parks Alliance.

The designation is given to parks in urban areas that serve the surrounding community and work toward building safer communities.

“I think if you’re doing something beneficial that can bring about positive change, people should know about it,” she said. 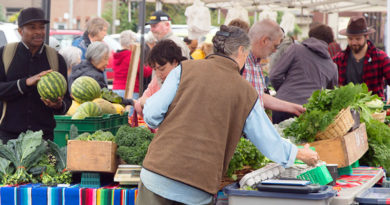