Right in the heart of North Toronto on Duplex and Berwick Avenues sits a ghost town of sorts.

There is no mystery as to why these homes are empty. The entire site is part of a redevelopment application that would see the houses demolished if the project is approved. The proposal is for 20, 3-storey town houses fronting onto Duplex Avenue and a 17-storey condo tower with 215 units facing Berwick Avenue.

None the less, as this site is just one block south of Eglinton Avenue and a street west of Yonge Street it is an oddity to have so many houses standing empty.

It’s a mere two-minute walk from one of the city’s busiest intersections and across from the Minto towers, around the corner from high rise office buildings, the Eglinton subway, banks, shops restaurants and an indoor mall with a movie theatre.

Yet walking on the east side of Duplex, between Eglinton and Berwick, you will see none of that hustle and bustle of families getting ready for work, walking their dogs or unpacking their cars. These one and two storey brick homes were likely once cottages for the wealthy as this part of town used to be the suburbs of the old city.

Across the street on the west side of Duplex, homes are occupied but residents have no neighbours on the east side to converse with.
The same is true on the north side of Berwick where once charming homes with welcoming porches are now empty while the south side is busy with families.

Despite the fact the properties are empty they are still under the watchful eyes.

“I have not seen any signs of vandalism,” said 53 Division’s crime prevention officer Rick Langstone. “Perhaps because the police station is so close by.”

In fact, 53 Division’s police station is just up the street on the northwest corner of Eglinton and Duplex.

The Brown Group of Companies owns the site and it helps that their head office is also situated on Berwick, says developer Jay Brown, who drives by the properties four times a day.

Brown also has an employee living in one of the Berwick homes who shovels the snow, cuts the grass, picks up any junk mail and provides another set of eyes on site.

Councillor Michael Walker said the properties have been vacant for several years now and isn’t hearing any problems as a result.

He said the redevelopment proposal itself has gotten a lot of input from residents since 2008 and is part of a focused planning review of the four quadrants at Yonge and Eglinton.

“It’s been a good process. This is the first application under the new rules (area plan),” said Walker.

The site is also part of the TTC lands the city wants to redevelop and this is the only section of that site on the southwest corner of Yonge and Eglinton not owned by the city.

Brown said this company has been working with the city for over a year to come to an agreement on the development. 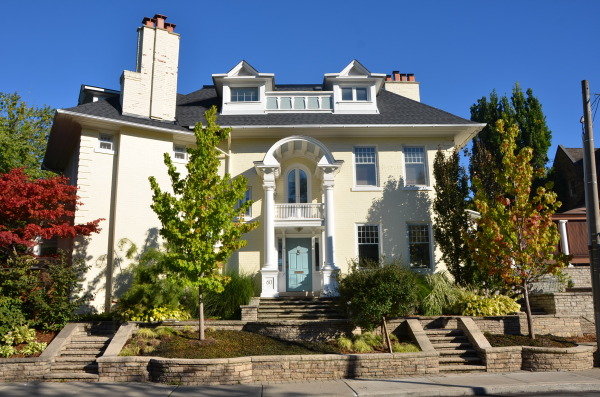 Housing bubble not going to burst yet, realtors say

September 23, 2014 Eric McMillan Comments Off on Housing bubble not going to burst yet, realtors say

Not all bubbles burst

July 4, 2012 Town Crier staff Comments Off on Not all bubbles burst