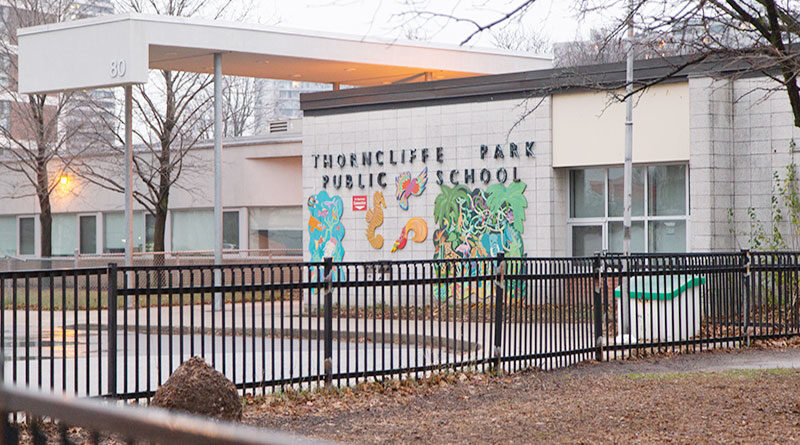 Four more schools in two parts of town have been closed by the Toronto District School Board today for COVID-19 investigations.

This brings the total number of TDSB schools closed in two days up to six. And counting recent Catholic school board closures, we now have 11 schools shut down this week.

At about 4:30 p.m. yesterday, the TDSB advised on social media that students and staff at Thorncliffe Park Public School and Gateway Public School were being dismissed and classes moved to remote learning, as of the next day.

The first two closures announced are at schools in the neighbouring communities of Thorncliffe Park and Flemingdon Park, both considered high-risk areas. This is the second closure for Thorncliffe Park PS, as it was shut down in December for similar reasons.

Clinton Street PS is located on Manning Street in the Palmerston neighbourhood, while Ryerson CS, on Denison Avenue, is in the Alexandra Park community, in the same part of downtown’s west end.

The announcements follow the closure of Victoria Village and Brian public schools on March 29, bringing the total to six schools shut down within two days.

All the closures were said to have been undertaken on the advice of Toronto Public Health to give them more time to investigate COVID cases at the schools.

Currently, the TDSB has listed on its COVID-19 Advisories website the number of confirmed cases at these schools as follows:

St. Roch and St. Eugene are in the same northwestern Toronto area, hit hard by COVID-19, as St. Jude.