It was a complete accident.

Two summers ago, Philip Careless grabbed some soil from his compost and planted some flowers in front of his family’s North Toronto home.

“But bursting out of the ground came this cherry tomato plant right in the middle of the front lawn,” he recalls.

“So I just left it there growing as a giant bush and people loved it,” he says.

He remembers that neighbours would walk by, notice the plant and turn around, perhaps looking to see if any tomatoes were hiding under the leaves, but never taking anything.

“People are way too polite in our neighbourhood,” Careless says.

He decided to plough ahead and provide some encouragement.

“So then I put up a sign that said ‘When ripe take one, leave one’ so there would always be some for others, and then very slowly people started taking a tomato here or a tomato there,” he says.

From the vantage point of his bedroom window, Careless could see his curious neighbours stopping by.

“I’d look down and see all these people getting so excited about this plant,” he remembers.

His family had just been forced to cut down an almost 100-year-old tree on their boulevard, and Careless saw an opportunity to make use of the new patch of sun.

The 30-something entomologist — a scientist studying insects — decided the boulevard of the house he’d lived in all his life could double as a garden shared with the neighbourhood.

“I thought it’d be really nice just to have a variety of conspicuous, showy but also edible plants,” he says.

Last summer he tried it for the first time, in a wooden planter he built out of scrap wood and filled with soil dropped off by the local Cubs.

Since Careless says his main passions are bugs, wild animals and native trees, he didn’t know anything about how to take care of vegetables.

“All these people would stop, especially elderly people, and start giving me tons of advice,” he says.

“So it was really cute that this whole network of people who weren’t necessarily maintaining their own boulevard gardens were more than happy to share their ideas with me.”

All Careless asks in return is that his visitors not be greedy.

“You know, make sure you leave a lot more than you take so other people can be surprised and see it in action,” he says.

This year, Careless has planted the most popular pickable foods — strawberries and cherry tomatoes — and expanded to two of his neighbours’ boulevards.

“When he first suggested strawberries I thought, ‘Oh no, kids won’t share them,’— but they do,” says Careless’ mother Sue with a chuckle.

Those favourites are complemented by watermelons and pumpkins, dill and cucumbers to make pickles, and an experimental banana tree.

He wants to try growing crops like soybeans, rice and wheat because he says most city dwellers have probably never seen them.

“People recognize it in the store, but they don’t recognize the plant that it’s attached to,” he says.

Careless’ job takes him around the world so he doesn’t exactly have much time to devote to his garden patch.

But he has people he can rely on at home base.

“I can always turn to mum and dad and say, ‘Hey, can you water this thing for me? I won’t be home for a month or two,’” he says. “They’re the maintenance crew.”

And the family hopes that they’ll be able to continue that job without any hiccups from the city, which owns the land.

However, in July, city council adopted proposed amendments that would allow fruit and vegetable gardens and other “soft” landscaping as long as their health is maintained, they are not a sight restriction, and do not block the sidewalk or utilities.

The department hopes to have a final draft of this new bylaw before city council for approval at the end of November, says Allan Smithies, the city’s manager of traffic planning and right-of-way management.

Sue hopes the garden’s contribution to the neighbourhood would outweigh any concerns on the part of the city.

“It’s so communal. It’s not for us, it’s for anybody on the street.” 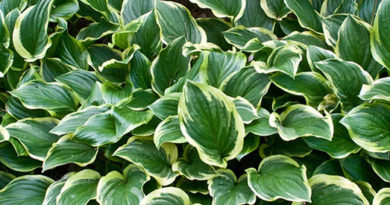 A shop to excite gardeners

July 27, 2012 Town Crier staff Comments Off on A shop to excite gardeners