The summer may be a hot one, but the music in the Beach is sure to be cool once again as the 24th annual Beaches International Jazz Festival kicks off next weekend.

“The genres of music we present will have something for everyone,” said Rico Ferrara, stage manager and talent coordinator for the festival at a July 4 preview event. “I’m looking forward to presenting those [musicians].”

The festival will get into full swing on July 20 and run until July 29, starting with three days of jazz on three stages at Woodbine Park, followed by the TD workshop and lecture series over the next three days at both the Mennonite New Life Centre and Alyona Dance Studio.

Then StreetFest will also run for three days from July 26 to 28 on a two-kilometre stretch of Queen Street E., between Woodbine and Beech avenues.

A new component, the World Beat Stage, as well as the Big Band Stage on the Beach Boardwalk and the Latin Square concerts by the Leuty Lifeguard Station, will be in action from July 27 to 29.

The main stage at Kew Gardens will play host to both local and international artists on the last two days of the festival, all of whom were selected by musical director Bill King.

“To me this is lots of fun,” he said of choosing the acts. “I look forward to the main stage at Kew Gardens.”

And founder of the festival Lido Chilelli alluded that this year could be just the beginning of bigger things yet to come.

“It’s our 24th year and it’s sort of a prelude to next year,” he said. “We’re going to start planning in August for next year.” 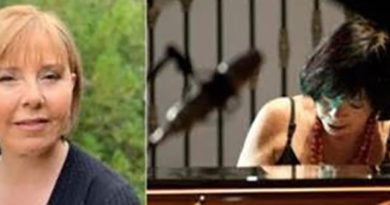