Shoppers at the Pusateri’s Bayview Village location seem unfazed by the news the store’s Avenue Road location was shut down for four days due to an insect infestation.

In fact, the sales at the Bayview location have gone up according to Pusateri’s spokesperson Shawn Rusich. He added that the problem at the Avenue Road location was associated with a shipment of baskets from overseas and it was an isolated incident.

Frequent Pusateri’s shoppers, such as Cathy Messias, haven’t turned their backs on the store.

“I think that many types of food businesses when importing and exporting, unfortunately don’t take as much precautions,” said Messias. “So things like this happen, but the most important thing is the clean up and how they recuperate afterwards.”

However, not all customers are giving Pusateri’s a passing grade on the handling of the problem. Mark Rosenberg said his wife refuses to go to the Avenue Road location anymore, but has no problems with the Bayview location.

“I assume (grocery stores) all operate under the principle of being clean, but unfortunately they sometimes cannot control the situation that occurs in the building,” said Rosenberg. “But once they are aware of it they should hopefully take it as seriously as they should. It would appear that Pusateri’s did not.”

In the wake of the Avenue Road infestation Rusich said the store is working hard to restore its name and to regain the faith of its customers.

“We are going above and beyond to assure our customers that they are shopping in a clean environment,” said Rusich of the steps being undertaken at the Avenue Road location. “(We’re) having Eco-Labs, our independent health and safety inspectors, in every 48 hours and we are sharing their reports with Toronto Public Health.” 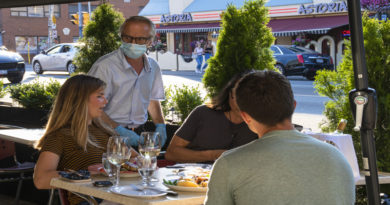 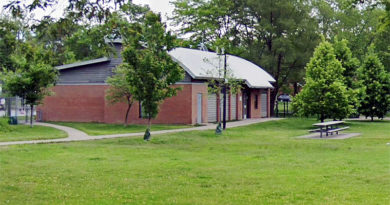 Parks washrooms opening this week and next