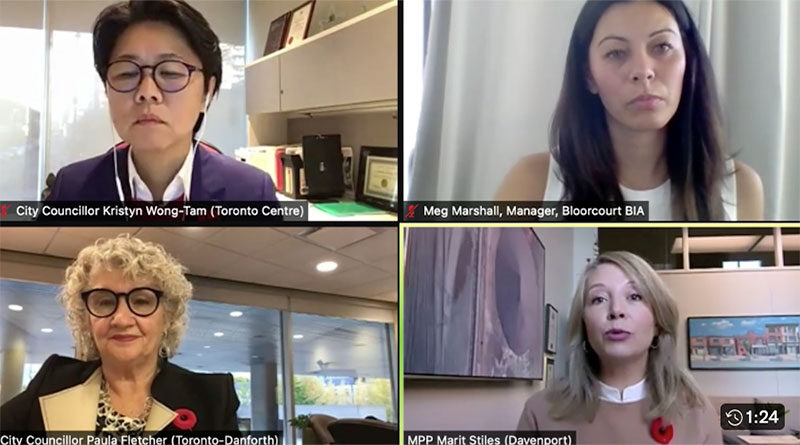 Two Toronto councillors and a BIA manager have joined Davenport MPP Marit Stiles in calling for the province to give the city more power on where cannabis shops can open.

At a press conference today, Stiles’s promoted her Cannabis License Amendment Act which calls on the Doug Ford government to give municipalities a greater say in the licensing process for cannabis retail shops, similar to how liquor licensing is handled.

She and her party, the NDP, favour easy access to recreational cannabis, Stiles said.

“But a flood of big, corporate cannabis shops is crowding out smaller, independent sellers and leaving our main streets without the diverse range of shops and services that make them great places to live, work and shop,” she said. “We want cannabis shops to be part of the mix in our great neighbourhoods — not the only things available.”

Toronto Centre councillor Kristyn Wong-Tam and Toronto-Danforth’s Paula Fletcher, who are asking the city to endorse Stiles’s bill, joined the MPP at the press conference.

“The variety of shops is vital to any successful main street retail strategy,” Wong-Tam said on social media this morning. “When cannabis stores cluster together and replace small, independent retailers that balance is lost.”

Thanks for putting the Bill forward @maritstiles! The clustering of cannabis retail stores continues to increase and I’ve heard from concerned residents. Our communities should have greater say. https://t.co/vq0h384u5Z

Meg Marshall, manager of a BIA in the Dovercourt and Dufferin Grove communities, also supported the move.

“The Bloorcourt BIA is in support of all levels of government, including municipal, having a greater say in the licensing process for cannabis retail,” Marshall said.

“Just as liquor licenses with the [Alcohol and Gaming Commission of Ontario] and the city establish provisions and conditions for each applicant, we would like to see this process applied to cannabis retail applicants.” 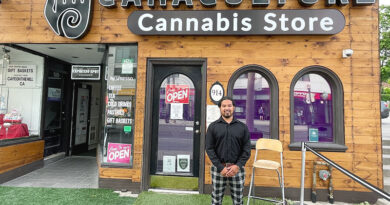 Cannabis industry not going up in smoke over COVID-19