York Mills resident Cecil Yolles is the last remaining founding member of the Island Yacht Club. The 87-year-old was one of 18 sailing enthusiasts who started the yachting club 60 years ago when they weren’t able to join an existing sailing club.

Through the club’s charter in 1952, all members voted in favour of an open membership policy.

“Nobody would take a Jewish person,” Yolles says from his home near York Mills Road and Bayview Avenue. “We did have certain rules and regulations that were set up right from the start that anybody who wanted to could belong, there was no discrimination as far as religion or colour or anything else but the bulk of the people were Jewish.”

Reflecting back on their formation, Yolles personally signed up many of the club’s first 100 members, which started off at a fee of $25 per person and then rose to $50, he says.

“We had quite a group of starters in the club,” he says. “Somebody came up with this area that was available on this island called Muggs Island and we applied and got permission to open this yacht club there, so that was the start of it. The first clubhouse we had was a prefab building, it wasn’t that large.”

On June 3, Yolles was made an honourary commodore during the club’s 60th anniversary celebrations. He was already due to be commodore in 1954 but then moved to Hamilton, he says.

Over the years the Island Yacht Club, which grew to 350 members including former mayors Nathan Phillips and Philip Givens, added docks, a swimming pool, tennis courts and a youth racing program whose members went on to compete in the Olympics and Pan-Am Games. The club, which was also the sight of several fires including one in 2004 that destroyed the clubhouse, is currently in talks about merging with the Royal Canadian Yacht Club.

Between stories of the past, Yolles adds it was common for members to develop “two-foot-itis.” 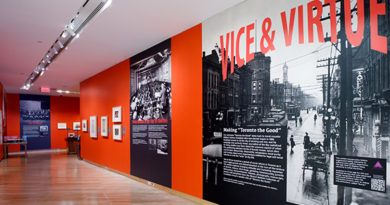