Two years after making the move into Ontario politics, Glen Murray is now making the pitch for his party’s top job.

The Toronto Centre MPP was the first to announce a bid for leader of the Liberal Party of Ontario, after Premier Dalton McGuinty announced his resignation and prorogued parliament.

After holding two ministerial portfolios since his election in 2010, Murray says he is ready to step into the leader role, and will be outlining a five-point platform plan for Ontario as the leadership race unfolds. Included in that plan are proposals to offer tuition-related incentives for students and cut taxes for middle-income families and businesses.

“I am not prepared to stay on course on fiscal policy,” he said. “I think we have to take our debt more seriously.”

Murray served as mayor of Winnipeg from 1998 to 2004, and says in that time, he cut down the city’s debt significantly, and cut and froze taxes. On his watch, he says, the city’s credit rating went up five times. He says Ontario is facing similar problems Winnipeg was when he took the helm.

“If a government with a big debt can’t really go out and borrow a lot money, and the population isn’t really interested in tax increases and you’re looking to fix that, I think I’m the only person who’s led a government and has actually fixed that problem before,” he said.

Murray says he’s also intent on bringing in a new financing program for rapid transit, giving Northern Ontario more autonomy and modernizing government through technology to reduce costs. He is also taking aim at the Ontario Municipal Board, saying he wants to give municipalities an option to opt-out, or eliminate the quasi-judicial planning board altogether.

“I don’t think the OMB should be looking over the shoulder of every neighbourhood and every community,” he said.

Murray says he has “huge respect” for colleague and Don Valley West MPP Kathleen Wynne, who announced her leadership bid a day after he did. Though Wynne has been in Ontario politics longer, Murray says his experience in non-profit sector and business sector as well as the public sector gives him the overall advantage.

“I bring a depth and breadth of experience and leadership and executive experience that I don’t think anyone else in the race has.”
Murray stepped down from his role as minister of training, colleges and universities to announce his leadership bid. 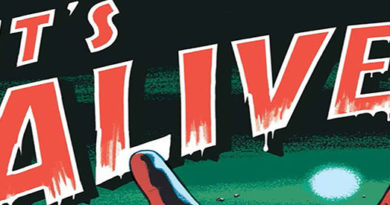