On Nov. 4, Carolyn Bennett and Chrystia Freeland were appointed to Justin Trudeau’s new 31-person cabinet — but that doesn’t mean either will be forgetting their local ridings, the two midtown MPs say.

Freeland, who recently won the new riding of University-Rosedale after acting as the Liberal Party’s trade critic between 2011 and 2015, was named Minister of International Trade, while Bennett, the veteran MP who has represented Toronto–St. Paul’s since 1997, is now Minister of Indigenous and Northern Affairs.

“I am deeply honoured to have been appointed as the Minister of International Trade,” Freeland says, adding she is “especially grateful to the people of University-Rosedale for their support and will continue to serve as a strong voice for our community in Ottawa.”

“I don’t think I could be happier,” says Bennett, who had previously acted as the Liberal party’s critic of aboriginal affairs and northern development between 2011 and 2015. “I am so honoured to have this file. I think it’s the most important job in Canada.”

Despite the wide-ranging scope of her new portfolio, which she fondly remembers requesting from interim Liberal leader Bob Rae in 2011, Bennett says her ministerial duties will not distract from her local duties in St. Paul’s.

On Nov. 7 she visited the Stop’s Farmers’ Market at Wychwood Barns, which she rarely misses, and admits that constituents looked surprised to find her there.

“I said, ‘Don’t be surprised,’” she says. “The Wychwood Barns is my spiritual centre in the riding, and I need to go and hear from constituents how things are going.”

Bennett also promises to continue her signature town hall meetings, in which she is regularly joined by provincial counterpart Eric Hoskins and councillors Josh Colle, Josh Matlow, and Joe Mihevc, and to use her position with the cabinet’s environment, climate change and energy committee to help improve Canada’s environmental standards — a topic that residents discussed with her constantly at the door, but was not raised as a key issue during the election.

“To so many people in Toronto–St. Paul’s, ‘real change’ meant big, big action on the environment and climate change,” Bennett says, referring to the recent Liberal campaign slogan.

However, she admits she may be slow to respond to every voicemail or email that constituents have sent congratulating her.

“I never said ‘uncle’ on this before, but.…” she begins with a laugh. “I would love a day to answer everybody, but it doesn’t look like that day is coming anytime soon.” 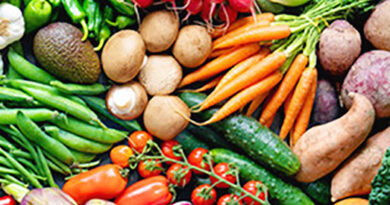 Shop at Stop’s Farmers’ Market: Saturdays from May 22

May 8, 2021 Streeter staff Comments Off on Shop at Stop’s Farmers’ Market: Saturdays from May 22 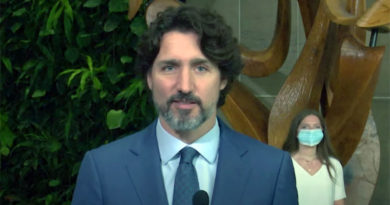 Celebrating together — while apart

June 15, 2020 Eric McMillan Comments Off on Celebrating together — while apart