Three years ago, Arlyne James visited Queen’s Park and saw what she thought might be an opportunity to work in politics.

Flash forward to 2015, where the 13-year-old has just wrapped up a “unique and amazing” one-month stint as a legislative page, where she was paired up with Eglinton-Lawrence MPP Mike Colle. Her activities included delivering messages and water to the MPP, as well as taking classes on the legislative process and mathematics, and meeting with the party leaders and House speaker.

The Bedford Park resident, a Grade 8 student at St. Clement’s School, was one of 80 school-age kids accepted for the program from a field of 400 applicants across Ontario. She was one of 21 taking part in the session that ran from Feb. 17 to March 12. Three other sessions take place in the spring, with another four in the fall.

“It’s interesting to see what goes on in the chamber,” she said in a phone interview while taking a break from writing a report on political structures — also part of her duties. “I already knew there was the provincial government and what goes on, but it’s completely different when you see it every day.”

Pages arrived at Queen’s Park at 7:30 a.m. Monday to Friday. The early arrival gives them time to get changed into their page uniforms, receive their daily briefing and set up the chamber for Question Period.

James said the “unique and amazing” experience has gone by quickly, but she has enjoyed the learning experience. And it is one she would recommend to other students.

“Even if you’re not interested in parliament, or you don’t think you are, you might learn about something that you never really thought [you’d like]” she said. “You learn about everything — you don’t just learn about parliament.”

James is speaking from personal experience. She said she mostly enjoys math and science, but has taken a liking to the political process.

“I never really considered parliament or politics,” she said. “But now I think it’s really interesting and I’d love to do it.”

The learning experience hasn’t just been about the process, she said, adding that making new friends has also been a benefit.

“Some of the kids live in rural communities and I’ve never really been friends with anyone who lived in those kind of communities,” she said. “It’s been really interesting to learn about their lives.” 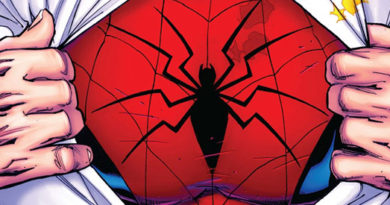 Oct. 30: Legend and legacy of Spider-Man at the ROM

October 16, 2018 Streeter staff Comments Off on Oct. 30: Legend and legacy of Spider-Man at the ROM