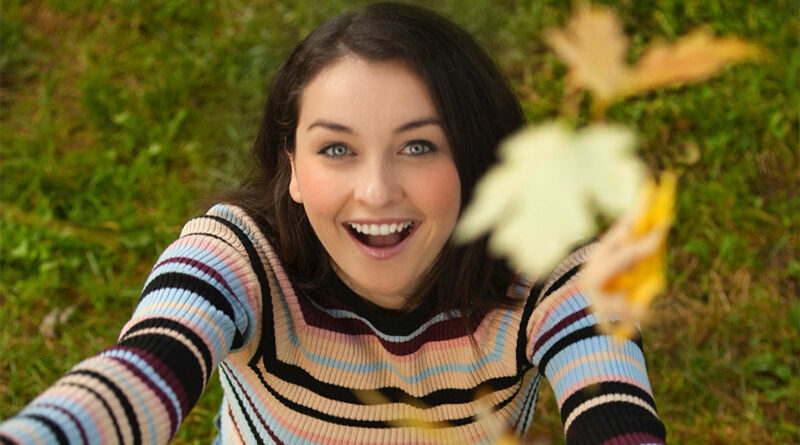 Given the seemingly dire times we live in, we all need to love again.

These are the sentiments from Yonge and Eglinton actress Ann Pirvu as she happily talks about her new movie, Learning to Love Again, which premieres here at 9 p.m, Oct. 10 on the W Network.

Pirvu plays Jane, who is feeling down on her luck after breaking up with her long-term boyfriend and losing her job. She heads home for Thanksgiving and bumps into a childhood nemesis, Chris.

As kids, Chris embarrassed her in front of the whole school after a science experiment runs amok.

“It’s such a layered story about the power of love, forgiveness, self-acceptance and being honest with what you want out of life,” she said, during an October phone conversation. “I’m proud of being a part of a project that sets a good example for young women.”

Jane is a resilient woman, Pirvu said, and there are plenty of fumbles and foibles during the Thanksgiving-themed rom-com.

And that comedy part factors into the story organically, as the characters play off of familial dynamics.

“There’s genuine true-to-life comedy in this,m” Pirvu said. “What I’m looking forward to is Canadian families just being able to have a nice meal and then watch this film and have it truly resonated with what it’s like to be back home.”

Learning to Love Again was filmed for three weeks in Hamilton after last Thanksgiving. The Hammer is familiar stomping grounds for Pirvu, who worked as Josey the Therapeutic Clown on the TV series Remedy, as well as her future home with her real-life beau, Christopher Giroux.

And romance has been a focus for her acting career as she transitions from period dramas, like Reign to her dream roles.”

“This movie was a very life-changing experience personally. It was my first lead role in a feature film,” she admitted. “I love romantic comedies and I’ve been meaning to steer my career in that direction.

“For something like this to finally happen — to be picked up by W Network and have it be a part of Hallmark Channel’s Fall Harvest lineup — is a huge deal for our first film.”

“Our” means Vortex Words + Pictures, which includes Giroux, as well as his teammates Jesse Ikeman, Bill Marks and Justin Rebelo.

The team will connect with audiences during the movie’s Saturday premiere through Twitter.

Pirvu is pulling together a live tweet party and to also provide fans with some behind the scenes moments with the cast, which includes Karen Robinson of “Schitt’s Creek”, as well as stage stalwarts Tyrone Savage and Steffi DiDomencantonio.

“What was wonderful was that our director Adam Swica allowed us the freedom to explore and improvise, and some of the funniest moments in the film I’m not sure you could even plan,” Pirvu said.

“You want to give it your all and put your whole heart into a project and have that actually matter, and I think that with Learning to Love Again I actually did that.”

Katie Uhlmann creates her own community

October 15, 2014 Brian Baker Comments Off on Katie Uhlmann creates her own community