Police have released some new details regarding the city’s 13th homicide.

Police say Williams was on a sidewalk near 4020 Dundas St. West at around 9 p.m. March 2, when he became the victim of a drive-by shooting.

There were several cars in the area at the time, but police believe the suspect vehicle is a dark-coloured Volkswagen Golf or Honda hatchback. Four people were inside at the time and were traveling eastbound on Dundas Street West.

Police say the shots were fired out of the window on the right rear passenger side.

Williams was located by officers suffering from his fatal wounds minutes later. He was rushed to hospital with life-threatening injuries and later died.

This area is no stranger to violence. Though 2010 was a relatively calm year, 2009 saw three murders in the immediate area of last night’s shooting death.

Also on Dundas Street West — and just steps from where Williams was killed — Jarvis St. Remy, an 18 year old, was gunned down while waiting for a bus. Ten days later, 14 year old Adrian Johnston was shot multiple times in a field behind homes on Eileen Avenue, just one street north of Dundas.

Then in December of 2009, Antonia Zammit was killed by her son in her Toronto Community Housing apartment right at the Dundas and Scarlett intersection. That was just west of where Williams was found.

Police are asking anyone with information regarding the murder of Shane Williams, or the still-unsolved murders of both St. Remy and Johnston, is asked to contact Detective Sergeant Gary Giroux at 416-808-7387, Crime Stoppers anonymously at 416-222-TIPS (8477), online at www.222tips.com, or text TOR and your message to CRIMES (274637). 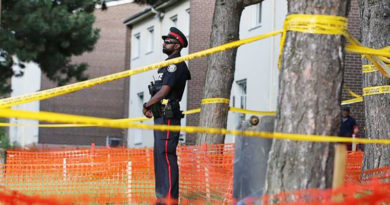 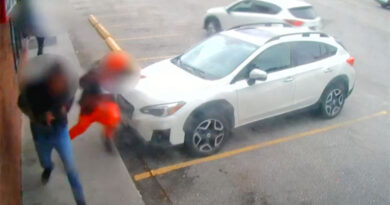