The grassy field at 100 Ranleigh Ave., once occupied by Bedford Park United Church, has been purchased by the city for conversion into parkland.

But residents shouldn’t expect to see an actual park there just yet.

“There are no immediate plans for the space, but our office will be working closely with and consulting the neighbourhood regarding the use of the space,” a representative for Ward 25 councillor Jaye Robinson, told the Town Crier by via email.

The city’s purchase of the land was approved on Nov. 8 by City Council, and entirely financed by Section 42 funds, paid to the city by developers for parkland acquisition.

It marked the end of a long and often frustrating road for former owners, prospective tenants, and nearby residents alike.

Three years ago, it was announced 100 Ranleigh Ave. would be the site of a proposed seniors’ residence, a four-storey, 60-unit apartment building that would have included community facilities and chapel space where the remnants of Bedford Park United’s then-20-member congregation could have met every Sunday.

At the time, Bedford Park Seniors Residence president Wendy Daniels said the proposal had taken seven years to begin construction. It was originally scheduled to open in 2015.

However, enough residents complained about the precedent a four-storey building would set that the project was still on hold well into 2016, when the developers applied to the Ontario Municipal Board. A hearing date was set for Sept. 14.

During this past summer, the developer expressed interest in selling the land for use as a park, and upon learning this, Robinson began collaborating with Parks, Forestry and Recreation (PFR), City Planning, Real Estate Services, and city management staff to set the acquisition into motion, her representative told the Town Crier.

“Staff in PFR agreed that acquiring this property would fill a gap in this neighbourhood for park space, and successfully negotiated an agreement with the developer,” the representative wrote.

Library cuts rolled back a bit

January 13, 2012 Town Crier staff Comments Off on Library cuts rolled back a bit 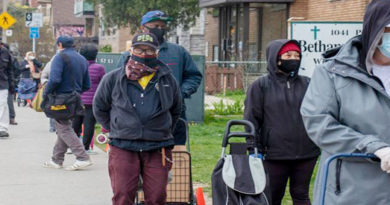