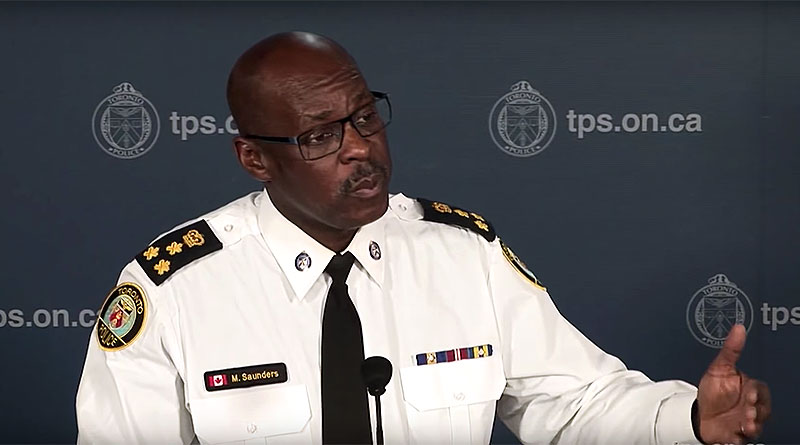 There is no reason to think a serial killer is at work in the recent disappearances of men from the Church and Wellesley area, police say.

Toronto police chief Mark Saunders and an officer heading the investigation addressed a press conference on Dec. 8 to appeal for the public’s help in finding the two men who went missing this year but they would not link them to previous disappearances in the area.

“There is also no conclusive evidence to establish that any of these males were the victims of foul play, although this can’t be ruled out,” Det. Sgt. Michael Richmond of 51 Division told reporters. “There is no evidence that a serial killer is responsible for the disappearance of any of the missing males.”

The police chief responded to charges the police did not take disappearances in the Gay Village seriously.

Investigation into the two disappearances in the Church and Wellesley area are ongoing, he said. An inter-divisional task force, Project Prism, was established in August to investigate the disappearance of Esen and Kinsmen.

Saunders said he has taken steps to review how missing persons cases are handled to ensure investigators are doing all they can to solve them.

“We are going to look at the gaps and issues, if there are any, of how we do missing persons investigations, who received what information, what is done with what and who it was shared with,” he said. “At the end of the day, are there opportunities for us as an organization to review our present procedures or training to see what we can do to enhance any gaps or issues that we may have in the future.”

Police provided updates on the two Church and Wellesley cases.

Selim Esen of no fixed address was reported missing by a friend on April 20. He’s described as a white male of Middle Eastern origin, about five-foot-five and weighing around 165 lbs. with medium light dark brown hair and a beard.

Esen consistently frequented Church and Wellesley and Kensington Market and often had a small plastic suitcase on wheels similar to a carry-on bag, according to police.

He was reportedly last seen by a member of the community as late as April 14 and was known to be active on social media, Richmond said.

Andrew Kinsman, 50, was reported missing by a neighbour on June 28. He’s described as male white, six-foot-2 to 6-foot-4, 220 lbs., with a medium to stocky build, brown hair and a full beard. He has a vertical surgical scar on knees, two tattoos, an armband with text on his right bicep and an expletive on the right side of his chest.

Kinsman was known to be active on social media and was last seen near his residence on Winchester Street on June 26.

Det. Sgt. Richmond also said there was was no evidence that “social media or dating applications played a role in the disappearance” of the missing males in the areas, “although all five of the males who disappeared were active on social media.”