After receiving a number of complaints from Sherwood park users, bylaw officers have been handing out to tickets to dog owners disobeying the off-leash area rules this winter.

The park is a popular year-round destination for dog owners. Problem is, city officials say, many of those dog owners don’t seem to be making the distinction between the on and off leash areas.

“Some people have tried to stay clear of the park because of off-leash dog issues,” said Carl Bandow, supervisor of Toronto’s animal services department.

The president of the Sherwood Park Residents Association, Ben Daube, says that it’s children and the elderly who are bearing the brunt of the issue.

In December, city staff, accompanied by police officers, entered the park for a ticketing blitz. A total of 14 tickets were issued along with a number of warnings. Bylaw officers returned to the park on Jan. 6 to look for more offenders.

One local resident, Kazuio Suzuki, received a warning after officers spotted her sitting just outside the off-leash area with her unleashed dog. She walks her dog, Diva, three times a day and was walking by the exact same spot when approached by the Town Crier, this time with her dog on a leash.

“I can’t trust her 100 percent because it’s an animal,” Suzuki said. “I train her really strictly but still sometimes I’m scared of little kids tobogganing or sometimes little kids are walking in the trail in the off-leash area.”

But some dog owners are defiant even in the face of a ticketing blitz.

Another dog owner said she has been given two or three warnings but still does not intend to keep her dog Duff on a leash.

“I leave her off leash but also she’s 14 and I know that I have 100 percent control of her,” Duff’s owner said.

When approached by the Town Crier Duff was not on a leash and had just exited the off-leash area.

“The people that have children that don’t have dogs, I mean, this is not the park to come to,” Duff’s owner said. “There’s lots of other parks and this is such a dog park.”

On that particularly cold Thursday morning the number of dogs outnumbered the number of people in the park nearly two to one. The park was relatively free of dog feces both in the on-leash section and the fenced-in, off-leash trail. A ticket for having your dog off-leash in the on-leash section costs $240. City officials say there are no current plans to return to the park but that the visits are done on a regular rotational basis. 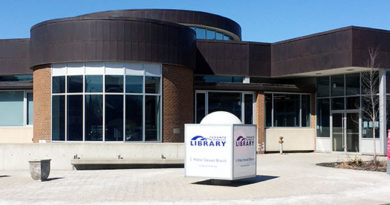 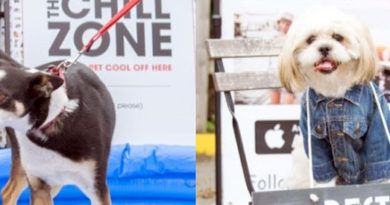 Fetching a workout with Fido

December 15, 2010 Town Crier staff Comments Off on Fetching a workout with Fido