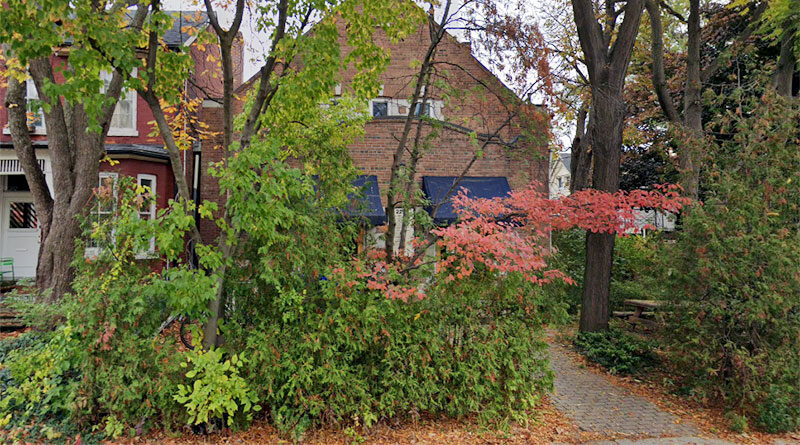 A residents’ group opposed to the expansion of a former church in Harbord Village has created a GoFundMe page to raise money for the fight.

So far the group has raised more than $6,000 toward its goal of $40,000 to preserve the building at the corner of Brunswick and Sussex avenues.

“Irreparable damage is about to be done to a beloved and historically significant building in our neighbourhood,” charges the page organized by local resident  Simon Wynberg for the Friends of 225 Brunswick group.  “We need you to help us preserve a century old Harbord Village building and fight unreasonable redevelopment.”

Formerly an evangelical mission hall, a synagogue and an art school, the two-and-a-half-storey building has been home for various non-profit organizations.

In 2020, the property owner Kopas Developments applied to convert it into a seven-unit apartment building through renovations including constructing a second-floor terrace and a third-floor addition. Four apartments were to be created on the basement and first-floor levels, with three more on the second and third floors.

In an era of towering condominium buildings rising over Toronto neighbourhoods, the three-storey rebuild on Brunswick may not sound like a big deal, but it represents a serious disruption of the neighbourhood, Wynberg said in an interview.

“Our main concern is that the neighbourhood retain its shape and character,” he said.

Residents would be fine if renovations took place inside the building but they want it to keep its external envelope and its outer historical elements, Wynberg said.

They are also concerned the renovation will create “top-end rental units” that are not expanding housing opportunities in the area.

On April 6, the city’s committee of adjustment approved the zoning variances required to move ahead with the building.

The money being raised by Friends of 225 Brunswick is intended to help the group appeal that decision at hearings of the Toronto Local Appeal Body on Sept. 9 and Oct. 8.

But even if $40,000 is raised, it won’t be enough to cover all the costs of the appeals which are a costly process, Wynberg said. The rest of the costs will have to be covered by members of the Friends group and local residents.

The overwhelming majority of residents living near the site are said to be opposed to the development.

One group of residents not involved in the protest, however, is the Harbord Village Residents’ Association, a 250-member group which covers the Harbord area, including the Brunswick building.

The association held discussions with the property developer for about three years before letting others know of the plans in mid-2020, Wynberg charged.

“At no point were neighbours and the wider community consulted,” he said. “It was presented by HVRA as basically a done deal and it was suggested to us not much could be done to change it.”

This kept concerned residents from taking early action, Wynberg said. “We would have strapped on our war gear much earlier.”

‘How the system works’

The residents’ association has a different view of the consultations that took place, however.

The association’s planning and development committee was approached by the property owner three years ago before the proposal was much more than a rough idea of what he wanted to build on the site, HVRA chair Anne Fleming said in an interview.

The discussions were held “in confidence and without prejudice” as is usual at that stage, she said.

When they saw the initial idea for the heritage building, the HVRA advised “this will absolutely not fly” and asked the developer to make changes, most of which he did,  Fleming said.

The developer also consulted with Heritage Toronto and city planners before August, 2020, when the HVRA, along with everyone else, saw the final plans for the first time.

It was certainly not a “done deal” at that time, Fleming argued.

Since then two public meetings, including one in March of this year, led the developer to make more changes, before the committee of adjustment approved the plans unanimously, Fleming said.

Fleming said she understood the disappointment of the property’s neighbours, who felt the developer should have gone further in changing the plan and who formed the Friends of 225 Brunswick group to appeal the city’s decision, “but that’s just how the system works.”

She wouldn’t comment on whether she supported or opposed the development as the HVRA does not take a position on such matters. Their role is to encourage discussion with the developer to sort out the issues raised by residents, she said.

This story has been revised since its original publication to include comments from the HVRA. 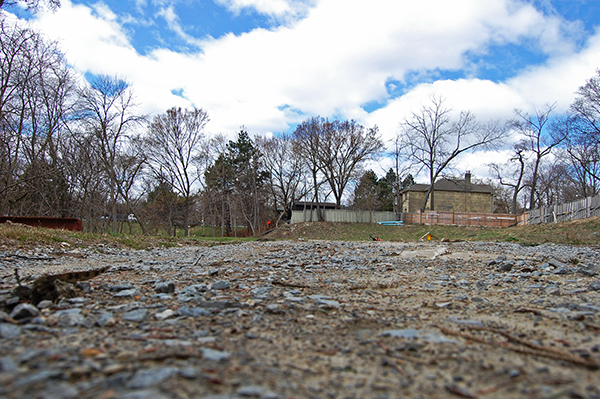 An old midtown development story with an odd twist