Three people are facing 21 charges after police broke up what they called an organized crime group that allegedly committed a series of thefts from retail stores throughout the Greater Toronto Area.

Police from 32 Division’s Community Response Unit and Major Crime Unit conducted an investigation on Feb. 16 and 17, alleging the accused would walk into stores, take numerous pieces of clothing, conceal the clothing in a sort of handmade bag and then walk out of the stores without paying.

On Feb. 17, along with help from various loss prevention units of effected retail stores, police arrested two men. On the same day, police executed search warrant at a home near Keele and the 401, where stolen property valued at about $4,300 was found.

Khiem Trieu, 41, was charged with a total of 12 counts including eight of theft under $5,000. Phuong Hoang, 40, faces three charges related to the thefts and one charge for failing to comply with an undertaking. On Feb. 18, 44-year-old Khanh Pham surrendered to police and was charged with possession of stolen goods for the purpose of trafficking and two counts each of theft under and failing to comply with recognizance.

Police from 13 Division made three major arrests after breaking up a break-and-enter ring targeting a large portion of the central part of Toronto.

Police said in a news release that numerous break and enters were committed between November 2012 and January 2013 in the area bound by Lawrence Avenue W. to the north, Yonge Street to the east, Eglinton Avenue W. to the south and Caledonia Road to the west. Police allege that the accused predominantly targeted apartment units and would pry open the doors in order to gain access. Police allege the accused would take cash, electronics and jewellery.

Anyone who may have been a victim is encouraged to contact 13 Division’s Major Crime Unit at 416-808-1306 in order to claim their belongings.

A man is facing 11 charges after police say he left threatening voicemails for two police officers and their families. In a news release, police said two officers from 13 Division received the voicemails on Jan. 31, and that in each case threats of physical harm were made against the officer and the officer’s family. On Feb. 1, a 44-year-old Toronto man was arrested.

Joseph Bryce has been charged with nine counts of threatening bodily harm and two counts of intimidation. 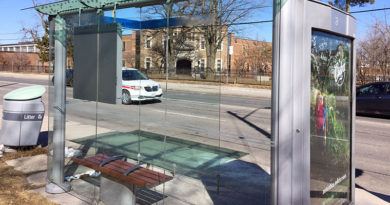 January 2, 2016 Shawn Star Comments Off on Man struck by car in Davisville 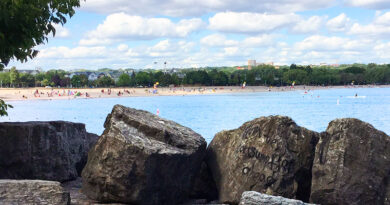