Santa Claus is coming to town.

Armed with shades atop his nose and a healthy application of SPF 60, one can only guess where he is headed.

This year about 7,000 people are expected to line the streets to watch Santa cruise through the Beach neighbourhood, said Bob Murdoch, executive director of Community Centre 55.

With the help of local businesses and support from the community, the centre is in the midst of planning their fourth annual Hamper’s Santa Claus parade, set for Nov. 22.

Starting at Victoria Park Avenue, the parade will travel west along Kingston Road, before heading north to Swanwick Avenue.

Planning for the event is an all year affair, said Murdoch adding with it takes about 75 volunteers to put it all together.

Malvern Collegiate, local drum bands and neighbourhood groups are participating in the event.

This year’s theme is Sugar Plum Fun. Kids can enter a contest explaining why they would make the best sugar plum parade fairy and win the chance to be the official star of the event.

That’s not the only competitive spirit the parade is bringing out.

One resident from the west side of Main Street challenged those from the east to see who could put out the best parade float, he said.

New this year, Canada Post workers will play the part of elves and collect letters from kids to deliver straight to the big man himself.

“It’s neat because it’s a neighbourhood parade,” said Murdoch, adding it’s convenient for parents because they don’t have to drag their kids all the way downtown to watch the citywide Santa Claus parade.

“It gives the community an opportunity to come together in an important season,” he said.

And the fun doesn’t stop after Santa has made the rounds. After the parade, families can head over to Centre 55 to enjoy face-painting, cookies and a meeting with Santa.

This year it’ll be an extra special meet and greet.

“Last year we only had a helper, but this year, the real Santa is coming,” Murdoch said.

Along with providing some wholesome family fun, the parade also focuses on an important cause.

“It’s an important flashpoint to kick off the Share a Christmas Campaign,” Murdoch said.

The centre collects food and toy donations to deliver to less fortunate families. This year, Murdoch said there are 1,200 families they hope to deliver goods to by Dec. 22. 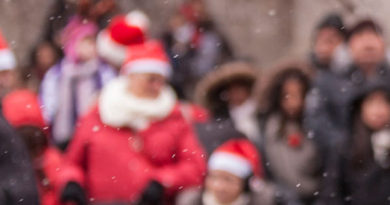 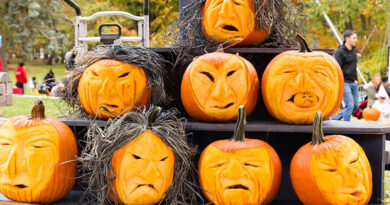