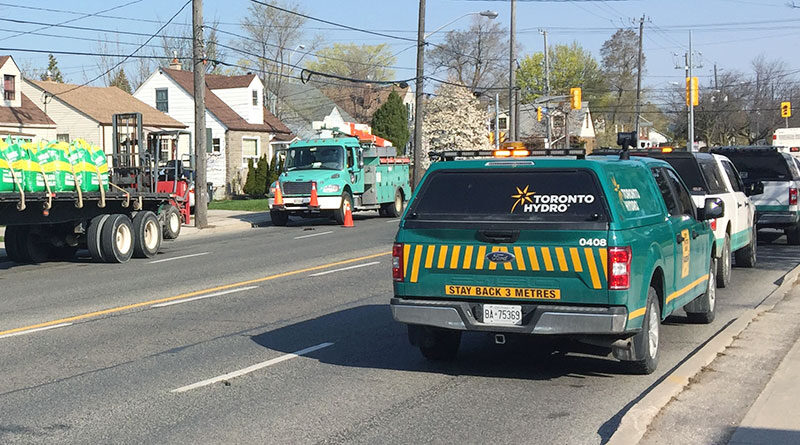 “See what one squirrel can do!” a resident shouted from the front door of a home left without for several hours.

He was one of several thousand east enders who’d awoken after 7:05 a.m. on Saturday to find their heat off, their clocks stopped and their coffees not being made.

Just up the street on Pharmacy Avenue lay the purported culprit, its scorched body surrounded by Toronto Hydro vehicles and repair crews.

Hydro staff this morning were working to restore power to two areas in the east end.

That outage was caused by the squirrel gnawing through a power line, a hydro employee on the site confirmed.

The squirrel must have repeatedly chewed on the line since the system is set to reboot itself three times, until staying off, the employee said.

Residents of the Clairlea neighbourhood reported on Facebook they witnessed a flash and two loud bangs shortly after 7 a.m.

At about the same time outages hit smaller areas in the Upper Beaches and East Danforth neighbourhoods.

The Hydro map showed three overlappping circular areas, each with up to 500 residents, affected by outages.

Those outages were unrelated to the larger outage and seemed to be caused by a switch being tripped in an apartment building, the hydro worker on the Pharmacy site said.

Hydro estimated power would be restored to the larger area by 11:54 a.m., but they beat their own estimate by nearly two hours, according to residents reporting online when they got power back.

To make matters worse for the area however, like other parts of Toronto and surrounding areas, much of East York and Scarborough were simultaneously hit by a Rogers outage, cutting cable and Internet service through most of the morning.

Rogers service was restored in some areas by about 12:10 p.m., according to residents.

Rogers though sent text messages to customers saying its crews were still at work restoring service at about 1:45 p.m. 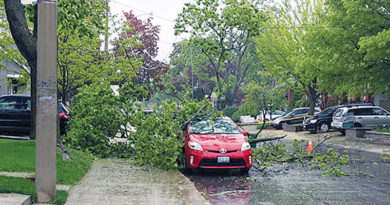 Local trees down, power out in rainstorm