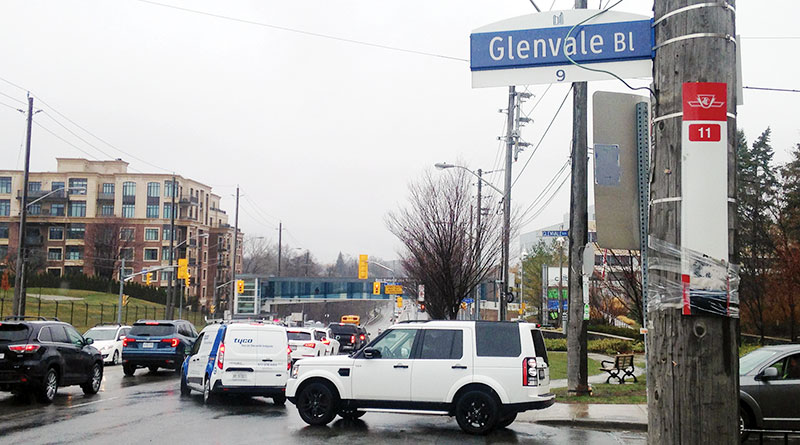 The ballots have gone out to North Leasiders for their vote on whether to create temporary cul-de-sacs, preventing  traffic from accessing Bayview Avenue from three residential streets.

The poll follows a lively town hall meeting on Apr. 18 — and decades of local complaints about commuter traffic cutting through the neighbourhood.

About 70 North Leasiders, South Leasiders and residents from the west side of Bayview  got a chance to vent about traffic at the town hall meeting at the Leaside Memorial Gardens.

It was the third meeting organized by the North Leaside Traffic Committee on the issue.

Ward 26 councillor Jon Burnside and NLTC chair John Gaitanakis announced that temporary cul-de-sacs could be implemented at Glenvale Boulevard, Broadway Avenue and Craig Crescent at their intersections with Bayview Avenue.

The idea of cul-de-sacs came from a survey by the NLTC, in which 69 per cent of respondents favoured the solution of putting temporary cul-de-sacs in some of the residential streets along Bayview for one year.

A community vote was to start on May 1 to determine whether or not the cul-de-sacs will be implemented. North Leasiders 18 years and older are eligible to vote.

“This is a gift,” Gaitanakis told the meeting. “Cities don’t usually work like this.”

During the Q and A, residents expressed views on traffic ranging from annoyance to anger.

Some attendees who live on Bayview said that they couldn’t get in or out of their driveways during rush hour. Others living on sidestreets said commuters speed dangerously through their streets to avoid traffic jams due to construction.

Many were also unimpressed with the temporary solution proposed.

All the development in the Leaside area is adding about 20,000 residents to the area, Gaitanakis told the meeting. 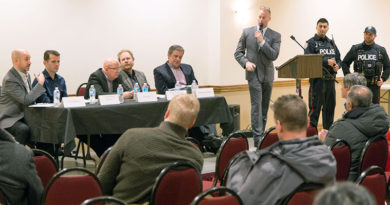 Move to rename dressing room No. 5

June 3, 2011 Town Crier staff Comments Off on Move to rename dressing room No. 5