Residents in the Yonge and Eglinton area can breath a sigh of relief despite the sale of Canada Post’s storied Postal Station K says a MPP Mike Colle.

Although the building was sold to Rockport group, a company that intends to develop the site into a condo, Colle days the buyer has agreed to maintain its historical features.

“We’re happy we get to keep the crown jewel of North Toronto,” he says. “Rockport did what [Canada Post] should have done and respect the community. [They] saved everything we wanted to save.”

Colle says the decision to preserve the site is also significant because it is the last remaining public space in the area.

He also says the buyer discussed revitalizing the area outside the front of the building with the community, which was well received.

“They discussed improved landscaping and more planting,” Colle says. “[They] want to make it more attractive.”

The station’s site, located at Yonge Street and Montgomery Avenue, was once home to the historic Montgomery Tavern which served as the headquarters for William Lyon Mackenzie, during the Rebellion of 1837.

The building was also constructed during the short reign of King Edward VIII and is one of the few buildings in the world that bears his personal cypher.

He says Canada Post decided to sell the site without community consultation which led to several protests by area residents.
Canada Post’s general manager of communications Jon Hamilton says the community was given a 30-day consultation period during the sales process.

“We did not get a lot of feedback which was surprising considering how many people had issues with it later on,” he says.
Hamilton also says the crown corporation decided to sell the site for logistical and financial reasons.

“The building no longer suited our needs going forward,” he says. “At the end of the day we have to balance the books.… Holding onto property won’t help.”

The community is currently waiting for the buyer to put forward a proposal for the site to the city, which Colle says should take place over the next month. 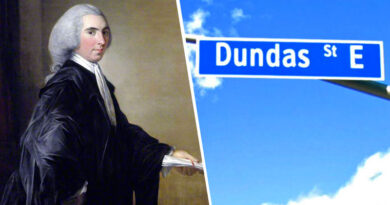 One thought on “Postal Station K sold for condos”