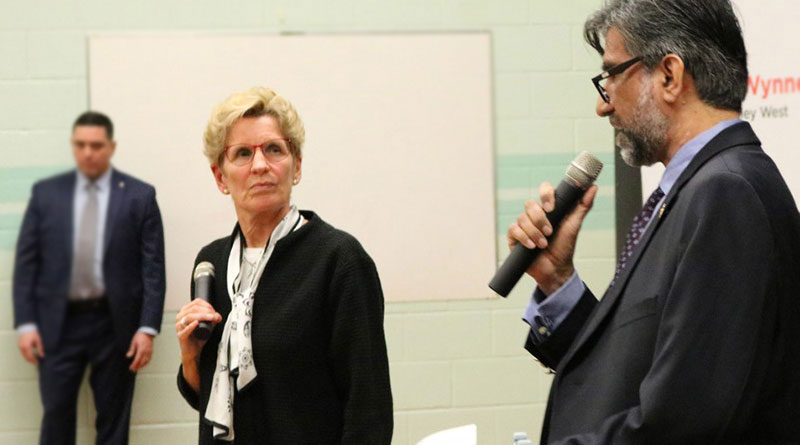 Residents raised complaints about their landlords and accused the provincial and municipal governments of not trying to bring the landlords under control. About 150 people attended the meeting.

Some residents also complained about having rats and cockroaches in their apartments due to the old cabinets. Others said their landlords are not willing to renovate the apartments. Still more complained about outdated elevators, overcrowding and large rent increases.

Sadaqat Mohmand, a resident of the Thorncliffe neighborhood for the past five years, said the small roaches come out of the aged cabinets. He has twice asked the building management, Rideau Towers, in written form, to get rid of the roaches but failed to get a reply back, he added.

“In the last year or so I have used four different infestation sprays on my own to get rid of it,” Mohmand said.

Abbas Kolia, president of the Thorncliffe Park Tenants Association, said one of the major issues is the increases in rent when landlords don’t provide maintenance in the buildings. An average annual raise is about $40 for a two-bedroom apartment in the neighbourhood, Kolia said.  He raised his voice and glared at the premier while he spoke, accusing her of addressing the issues very late.

“I have been asking the premier for the last eight months to have a meeting with the neighbourhood,” Kolia said, angrily.

Wynne, who attended the tenants meeting with an escort of security staff, denied she has been ignoring her own riding. Wynne represents Don Valley West in the Ontario legislature, since being elected there in 2003. She told the crowd that she was aware of the overcrowding problem in the neighbourhood hi-rises.

“We have a situation where there are three or four times as many people living in the community as the buildings were meant to hold,” Wynne said.

“We need to partner with labour unions to figure out if there’s a way so we can work to increase the labour availability,” Wynne said.

Ward 26 councillor Jon Burnside said the city and the province are talking in regards to the labour issues around the elevators. He said the length of time it takes to fix an elevator is unacceptable.

When Darrel Chang, a spokesperson for the landlords’ association, came to the microphone, the tenants started chanting and shouting at him. Chang told them his members work closely with the politicians, the tenant’s association and the residents to try to sort out these issues. He said when it comes to refurbishing elevators, it takes about two-and-a-half or three years to get a new bank of four elevators working, not to mention the capital cost.

“Most of the buildings are planning to replace them and not just renew them but it is going to take time,” Chang said.

May 17, 2015 Eric Emin Wood Comments Off on Stintz a candidate for North Toronto arena board