Jacques Kornberg is not surprised to learn that projections for Toronto St. Paul’s are giving Liberal incumbent Carolyn Bennett a comfortable lead.

“She’s intelligent. She’s articulate. I don’t know her precise record, but she says the right things that resonate with me,” the retired history professor says.

As of Sept. 27, opinion poll aggregator ThreeHundredEight.com is projecting that Bennett, who has served as the riding’s MP since 1997, will receive 51.1 percent of the vote, while Conservative candidate Marnie MacDougall gets 24 percent and the NDP’s Noah Richler 19.3 percent. Green candidate Kevin Farmer rounds out the main parties with 5.4 percent.

Despite her lead, Bennett declines to comment on the polls.

“They don’t really mean much,” she says. “We just have to work as hard as we can to identify our supporters and make sure they get out and vote.”

And she has been doing plenty of identifying.

“A lot of people don’t wait to be asked,” Bennett says. “They just say, ‘You’ve got my vote, go and talk to somebody else!’”

Concern for the environment is high, she says, so many are pleased to learn the Liberals have pledged to invest in clean technologies, carbon caps, and expanded marine and coastal protection zones. Others are worried about the CBC and are grateful to hear that the party has pledged an additional $150 million in annual funding. Still others are worried by the city’s lack of housing and heartened by the party’s promise to commit $5 billion to infrastructure funding during the next two years.

Every morning Bennett has been visiting the subway, and many of her evenings have been spent canvassing with supporters, including fellow politicians Eric Hoskins, MPP for the riding, and Ward 22 Councillor Josh Matlow.

“I’m obviously really thrilled with their support,” she says.

The NDP’s Richler, son of novelist Mordecai and a prominent writer himself, says he’s been relieved to learn how much he enjoys canvassing.

“I love the conversations I’m having,” he says. “Somewhat to my surprise, people really do want to talk to candidates, and they’re very pleased when I come to the door.”

During these discussions, Richler says it has become “supremely evident” that the residents of Toronto-St. Paul’s want change — they are “very disturbed” by “the reduction in quality of their own lives” and looking for guidance, he says.

“There’s a very thin slice of people who will only vote as a lifelong such-and-such,” he says. “But larger than that is a portion that is just trying to settle in their minds what the best thing is to do.”

After 18 years of being the riding’s member of parliament, Bennett is no more emblematic of change than the Harper Conservatives, Richler says.

For example, he says, the controversial passing of Bill C-51, which gives the police and CSIS expanded powers in the name of preventing terrorism, has worried many St. Paul’s residents but was supported by Bennett.

Others are swayed when Richler mentions the NDP’s numerous proposed social programs, including $15 per day childcare, and increased federal funding for healthcare, homecare for seniors, and urban infrastructure, he says.

One of his favourite converts so far has been Tom, who walked into his office on Sept. 15 and said three short sentences: “I’m a lifelong Conservative. I want to write you a cheque. And I want the biggest sign you have,” Richler says.

As for the projections, Richler says he hasn’t looked at them.

For weeks now, Conservative candidate MacDougall’s routine has been to spend mornings calling constituents, then between eight and 10 hours knocking on doors in the riding.

“I really like door-knocking,” she says. “I enjoy talking to constituents and hearing what they have to say.”

The two most important issues they address with her are the economy and foreign policy, MacDougall says: how best to react in the wake of such recent economic upheaval as the collapse in oil prices, or instability in Greece and China, and how to keep Canadians safe from militant terrorist groups such as ISIS, though she notes that residents “don’t really bring up Bill C-51.”

“They care about the government keeping Canadians safe,” she says. “They understand our commitment to not only supporting refugees but fighting people that are displacing and murdering them.”

Regarding economic policy, MacDougal says the consensus has been that Stephen Harper and the Conservatives have done a good job of running the economy and, after delivering a $1.9 billion surplus for the 2014–15 fiscal year, one year earlier than expected, are likely to continue doing so.

As for projections, “Absolutely not,” MacDougal says when asked if she has any thoughts. “I really don’t pay very much attention to polls. For me the only numbers that matter are the ones that show up on election night.”

The Green party’s Farmer refers to himself as “the oldest millennial you’ve met today.” After years of managing restaurants, the Cobourg native, who has lived in Toronto for 25 years and in St. Paul’s for 15, earned bachelor degrees from the University of Toronto for software engineering and mathematics. He’s running for St. Paul’s between contract software work, mathematics tutoring, and contributing to the Green Majority, an internationally syndicated community radio show that originates at the U of T’s campus radio station.

Farmer supports the Greens because without a healthy environment, “you can’t have the other issues,” he says.

“If you’re sailing on the Titanic and you’re the only party with policies for avoiding icebergs, that doesn’t make you a one-issue party,” he says.

He’s not surprised by the projections, but says that he’s pleased the Green Party has been able to raise the quality of election discussions in general — making sustainable development a key issue, for example, even if the main parties ignore such proposed Green methods as marijuana legalization, a guaranteed liveable income, the abolishment of tuition fees, and a national pharmacare program.

“Politicians always seem able to inspire fear in us about the economy,” Farmer says. “But even on the non-environment issues, the fact that the Greens get sustainability in general I think makes a lot of our policies better, period.” 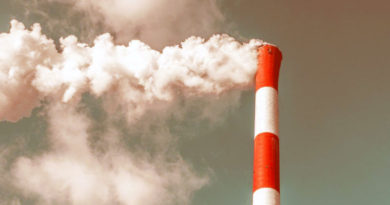 We can make a difference in fight against climate change: MP

March 12, 2019 Streeter staff Comments Off on We can make a difference in fight against climate change: MP 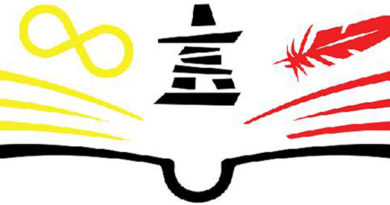