A flood of emotions rolled through the York Mills subway station as a quilt depicting the last moments of five immigrant workers who died in the Hoggs Hollow tragedy was unveiled.

Pasquale Allegrezza, Giovanni Carriglio, Giovanni Fusillo, brothers Alessandro and Guido Mantella were building an underground sewer tunnel near Yonge and York Mills when a fire broke out and took their lives on March 17, 1960.

The colourful memorial quilt was placed on display to mark the 50th anniversary of the men’s deaths but for family members in attendance the unveiling was bittersweet.

“I struggle with conflicting emotions one of sadness and one of pride,” said Grace Fusillo-Lombardi, whose uncle Giovanni Fusillo was one of the men who died. “The deaths of those five men forever changed Toronto. As a result of their sacrifices, many others have avoided the same sacrifices.”

“This was a catalyst when (labourers) started to push for change for workers right and lead to the Occupational Health and Safety Act,” said Michael O’Brien of the Labours International Union North America Local 183.

And it didn’t take long for things to improve. Councillor Joe Pantalone’s father came to Toronto from Italy to work on the city’s Toronto-Danforth subway line in 1965 five years after the Hoggs Hollow incident.

“My dad Salvatore already received the benefits,” said Pantalone. “Changes in the labour movement in construction was much stronger by then.”

The art piece was completed in 2000 and will now be permanently housed in a glass case at the subway station, which makes the artists Laura Swim proud.

“I understand some 22,000 people will pass by this quilt everyday. I hope some of them stop and remember (these) workers,” Swim said.

But for those who lost loved ones in the tragedy, many of whom were in tears as they viewed the quilt, the memory of that day in 1960 will be with them forever.

“Even though 50 years has passed since we lost these men, they are impossible to forget,” said Fusillo-Lombardi. 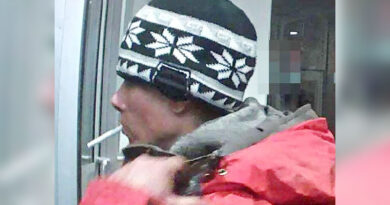 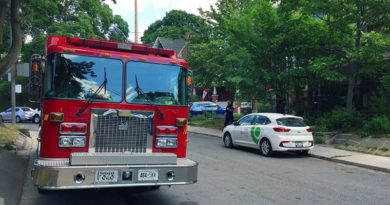