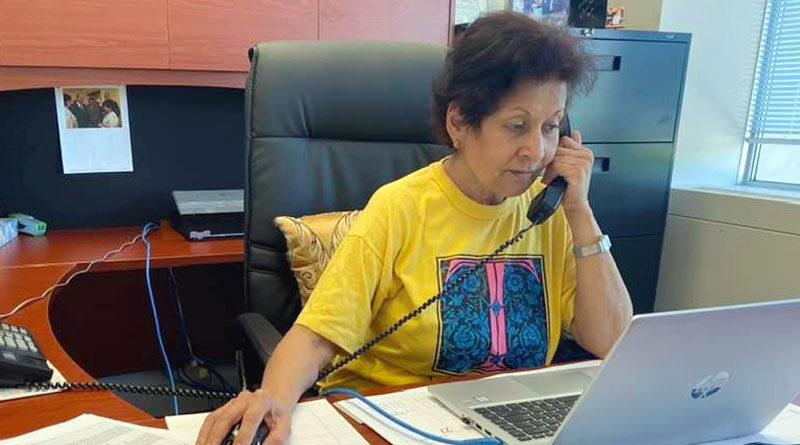 Don Valley East MP Yasmin Ratansi has resigned from the Liberals after media revealed she violated parliamentary rules by employing her sister in her constituency office — paid with public funds.

“This evening I have advised the Prime Minister’s Office and the Speaker of the House of Commons that I am stepping down from the Liberal Caucus,” Ratansi said in a statement released on social media late yesterday.

“I made an error in judgment by employing my sister in my constituency office, and I have remedied the situation, but this does not excuse the error I made,” she said in the statement.

Ratansi said she will continue as an MP representing Don Valley East, sitting as an Independent while awaiting recommendations from the Conflict of Interest and Ethics Commissioner.

“I am deeply disappointed by the news I learned yesterday from Ms. Ratansi and how she handled the office,” Trudeau told media. He said he expected there will be a thorough follow up by the House of Commons administration.

CBC News reported it asked Ratansi ‘s office for comment on the issue more than 30 hours before the MP’s announcement.

Ratansi allegedly tried to cover up the issue by having her sister use a fake first name and telling some staff to keep their relationship quiet, according to the CBC.

The 69-year-old MP has represented the riding since 2004, except for the 2011–2015 period after she lost to Conservative Joe Daniel in a close race. In 2015 she returned to office with an overwhelming victory, receiving nearly 58 per cent of the vote cast in Don Valley East.

In 2004 she was the first Muslim woman elected to Parliament. In her terms as an MP she has chaired several committees including the Status of Women Committee and she has served as Liberal caucus treasurer.

She joined the Liberal Party in 1979 and first ran in the federal election in 1988, coming in second to Alan Redway in Don Valley East.

Ratansi reportedly first hired her sister Zeenat Khatri starting in 2005, at a time when employing a sibling as constituency assistant was allowed.

But by 2017 when Ratansi rehired her sister, allegedly calling her Jenny Khatri, the rules had changed to disallow the hiring of siblings.

Khatri could have been paid up to $89,700 a year as a constituency assistant, according to House of Commons rules.

This story has been updated since its original publication to include the prime minister’s response.

The truth about elephants

November 14, 2011 Town Crier staff Comments Off on The truth about elephants

Time to do something else: Caplan

August 17, 2011 Town Crier staff Comments Off on Time to do something else: Caplan

The doctor wants in for NDP

August 18, 2011 Town Crier staff Comments Off on The doctor wants in for NDP