When the town of Leaside was established 100 years ago, it was essentially the northeastern border of Toronto, with the Don Valley limiting further development.

Decades later, bridges have been built, roads extended, and now the former town is surrounded by the third largest city in North America.

“On any given day, the community of Leaside finds itself in the middle of lines drawn from point A to point B in the travelling plans of thousands of commuters,” says Ward 26 councillor John Parker. “Not because Leaside is their destination but because Leaside is in the way of where they want to go.”

To relieve some of the area’s traffic, Parker has proposed extending Redway Road from Millwood Road to Nesbitt Drive, at the entrance of the Bayview Extension.

“It would benefit the commuters who find themselves using Leaside streets and getting caught up in that bottleneck through no desire on their part,” he says.

Parker first proposed extending Redway Road after he was elected in 2006, but was opposed by residents of Rosedale and Moore Park.

“At the time, [then-mayor David] Miller said that he was already pledged to oppose it because he had committed to a gymnasium full of Rosedale voters that he would oppose any proposal to extend Redway Road,” Parker says.

He says that he expects to have vigorous discussions with Ward 27 councillor Kristyn Wong-Tam, who represents Moore Park and Rosedale.

“I’m not clear on whether they’re particularly concerned about traffic on their streets, or if it’s simply a matter of not welcoming greater traffic on the Bayview Extension,” Parker says. “I’m not sure their concerns are well-founded, but those are the concerns that have been relayed to me.”

Another challenge is the fact that any Redway Road extension would fall within Ward 29, represented by councillor Mary Fragedakis.
Parker emphasizes the project is currently in its hypothetical stages. He hasn’t approached Fragedakis yet, nor presented anything to the area’s constituents.

“I’ve just had informal discussions with people along the way, and universally the response I get … is that it’s a welcome proposal,” he says. “They see it the way I do, that it would help current commuter traffic get where it wants to go without using Leaside’s neighbourhood streets.”

While the extension has been mentioned in the context of a controversial SmartCentre development proposal for nearby Laird Drive and Wicksteed Avenue, Parker says the two are unrelated.

“The reason why Laird has been attractive to retail development is because the traffic is already there,” he says. “The stores opening up are catching the traffic that’s already coming through.”

A motion requesting an area-wide traffic study and report on the feasibility of extending Redway Road was approved by city council on March 21.

“It basically says, ‘here’s an idea,’” Parker says. “ ‘Could you please get back to us with a proposal for how it could be properly studied and advanced?’ ” 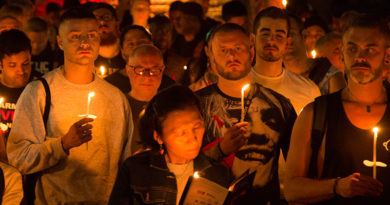 June 20, 2019 Eric McMillan Comments Off on Candlelight AIDS vigil looks back and forward 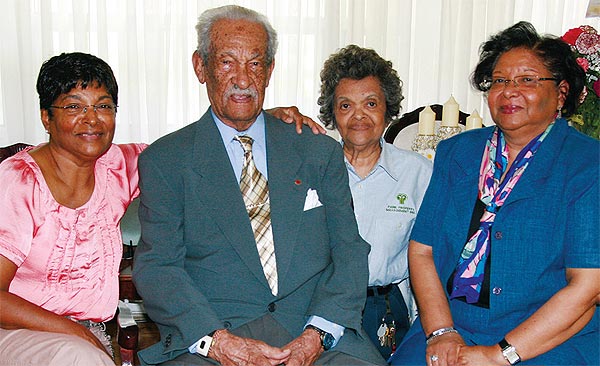 June 6, 2014 Philip Alves Comments Off on Something’s fishy about diet of local man, 105

November 23, 2011 Town Crier staff Comments Off on End of the line for the OMB?